2am Theft Attempt ends up in arrest and 2 vehicles seized

Thieves attempting to steal a vehicle in Red Deer County at 2am Feb 7 end up being arrested before noon the same day. A resident in Red Deer County was awoken Sunday morning about 2am to sounds in their yard. By 2:24am they reported this information on the free Lightcatch app.

“We caught them with our truck running & they took off in newer white suv with black trim. least 2 guys . “

At 9:29 am another vehicle was reported stolen in the same area.  This Red 2014 Nissan Pathfinder would be recovered by 2pm Sunday Feb 7.  A recovery in under 8 hours of a stolen vehicle like this is a cost savings for insurance, policing and the public. 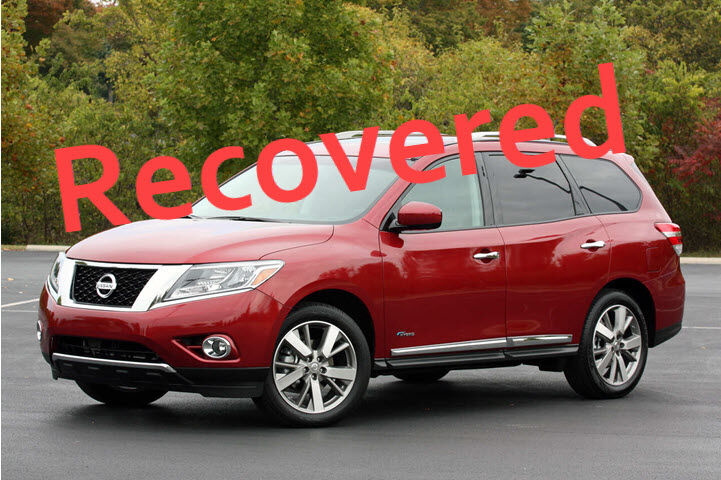 By noon Sunday Feb 7 RCMP had also recovered a white SUV and reported that 1 suspect had been placed under arrest. Another suspect was still at large and expected to be on foot in the area. A photo of the suspect and a general location of where the suspect should be was added to the app. 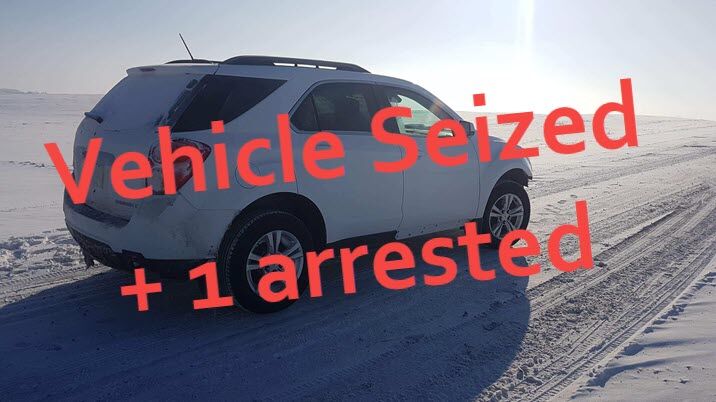 Because the property owners created the alert just after the attempted theft police that were on duty were able to respond efficiently and stop two crime attempts from the same night.   The map below shows what everyone in the area would see as information is unfolding.

This is a great example of why property owners should be involved in protecting their community using Lightcatch before a crime occurs.  These property owners have had the Lightcatch app for 18 months before using it for the first time.

Thanks to these quick actions from RCMP and the local community the cycle of property crimes taking weeks or months to come to an arrest was broken. 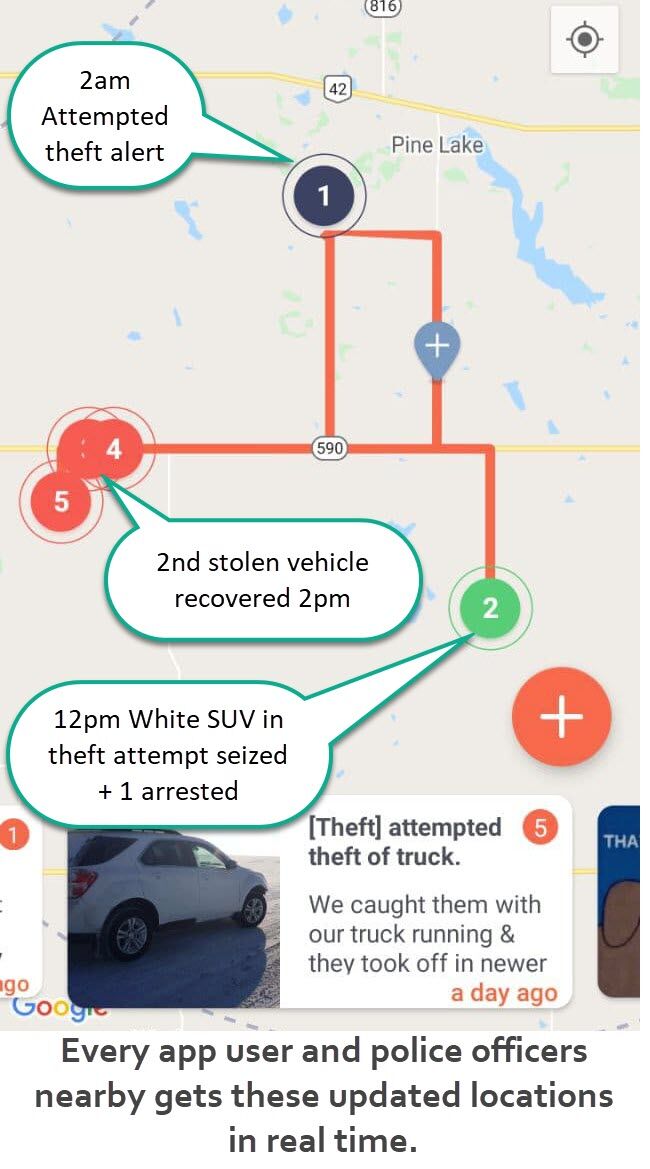