If you are tired of constant filth and petty theft in your City, the people in Moose Jaw, Saskatchewan have shown a lot can change in just three weeks. Issues like needles all over, people breaking into homes through the night, thefts, sleeping in apartment common areas, and much more pushed three civilians into action.

These three made social media posts to get the word out that it was time for the community to work together. The goal was to help put an end to an increasing crime rate. Within days, several hundred people in the City had followed this call to action and had downloaded Lightcatch. People then used the app to make over 50 alerts in the 21 days between Aug 25 to Sept 11.

Almost all of those alerts were citizens warning others nearby of activity that could lead to property crime. This focus on trying to prevent crime before it happened got several people involved.

Here was a great example of one of those alerts. Between 6:30am – 7:30am community members had created five sightings of activity that they considered suspicious. With the multiple confirmations, clear description and suspects movement the police came by right away to deter anything criminal from happening. 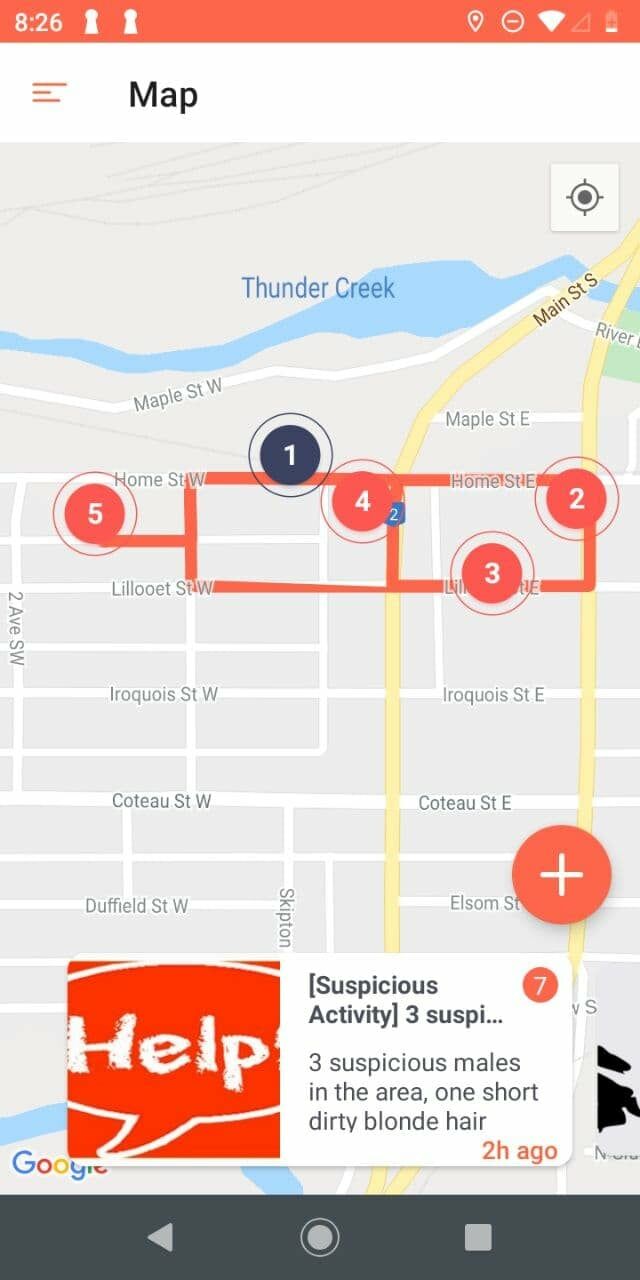 Within 2 weeks you could sense the petty criminals were off balance and that overnight criminal activity was being impacted. Frustration levels among the community were still high but getting lower. Here was a truck that was on the app a couple times. 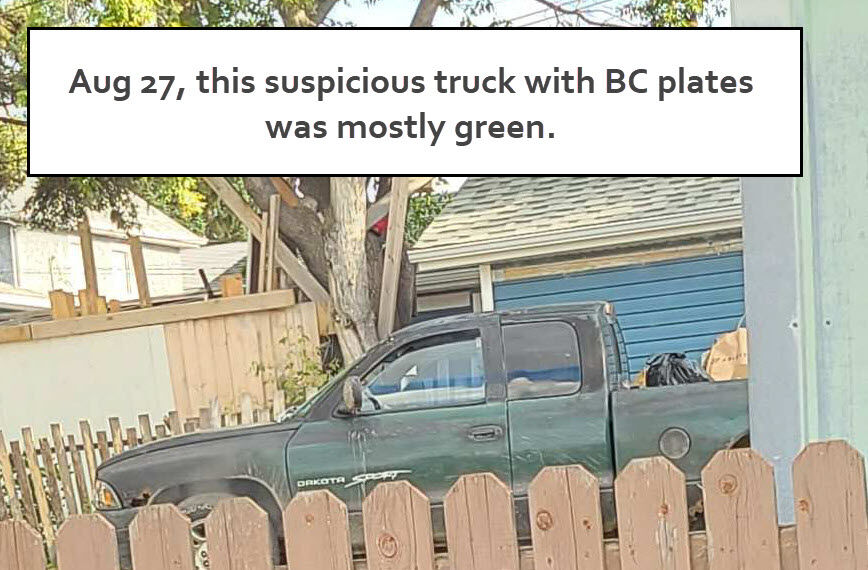 Many of these reports had 2 – 10 people contribute. They would update the suspects movement and more. 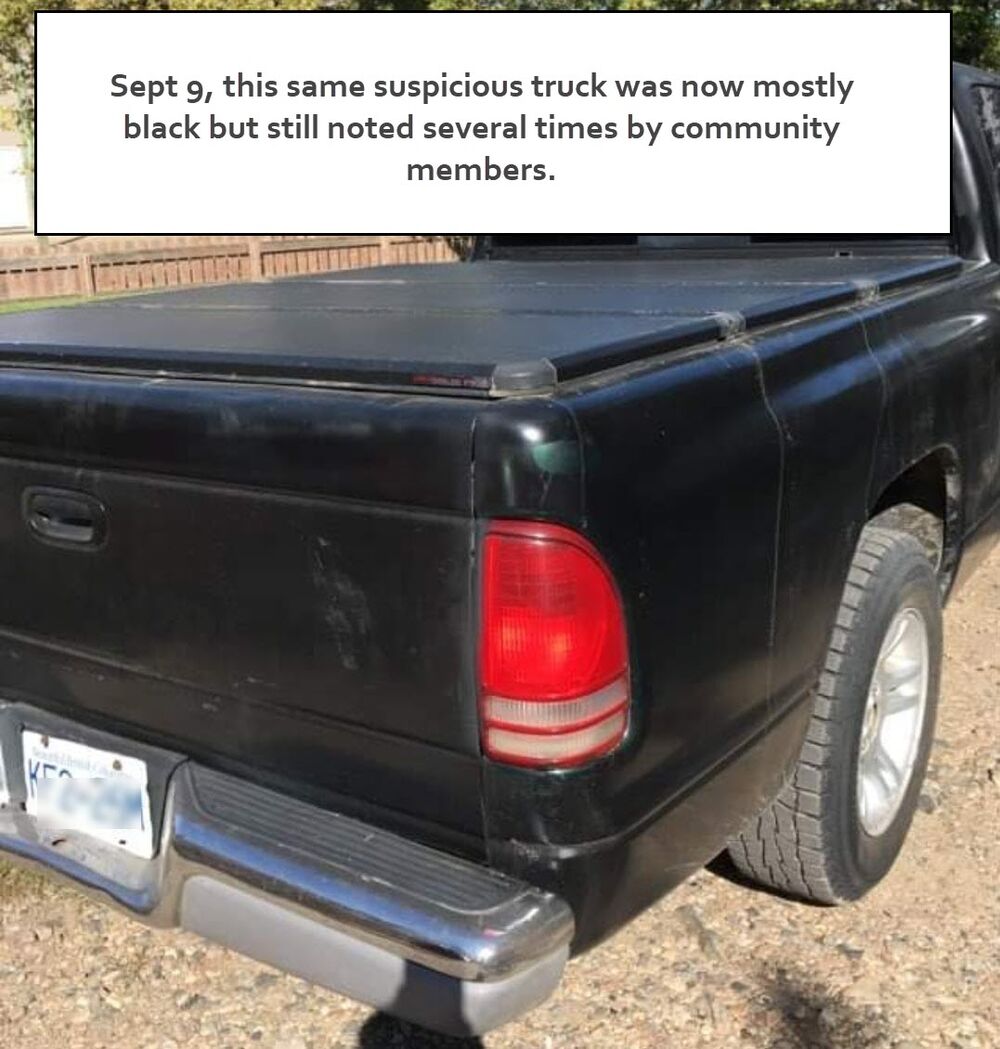 Police Move in with Force

Within 3 weeks the arrests below were made. The announcement mentioned that two houses and one truck used by the drug mules on the street, were all shook up. A lot of drugs were seized, which took some of the supply off of the street. 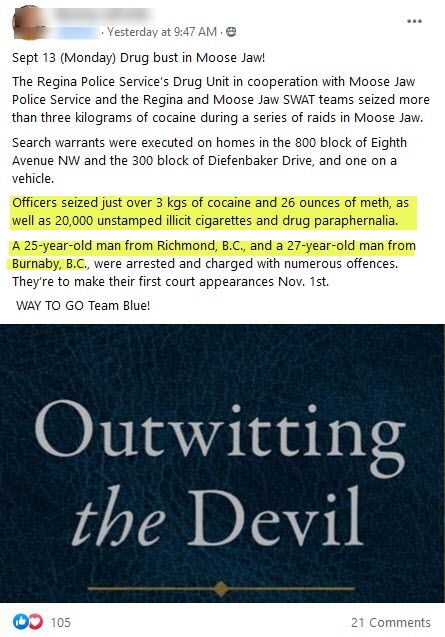 It is interesting the truck the community had been tracking was reported to have expired BC plates and the news release specifically mentions arrests of people from BC.

Drug Pushers Had Less to Push

By the police making these arrests, and the people tracking the drug mules movement so often with Lightcatch, the community helped cut off some of the normal drug supply.

By cutting off the normal drug supply, there was a direct and measurable cut down on bicycle thefts, vehicle thefts, break ins, and more in as little as two weeks. The poor addicts didn’t have as many drug pushers pushing them into drug debts they can’t pay, for drugs they can’t help but want. When an addict is no longer desperate to pay their drug debt they aren’t pushed into crime nearly as fast. The people who supply drugs to the addicts are called pushers for good reason.

Just yesterday I got this note from someone in Alberta who watches a City jail for the RCMP.

I personally also work for the local RCMP as a cell guard for the last eight years. I’ve seen lots of these criminals that have be caught and how high they have been during their time in the cells. Watching them come down is terrible and terrifying.

By slowing the free movement of drugs in their community the volume of property crimes was lowered. 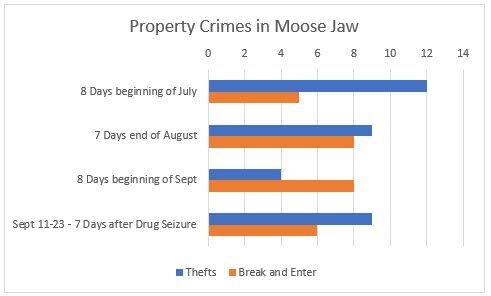 Reported thefts in July were 12. Data for the beginning of August wasn’t available so we used the end of August. Thefts had lowered from 12 to 9.   During the first 8 days of September the reported thefts dropped to 2.

Not only did the volume of thefts drop, the severity of the thefts dropped.  In July, before a grassroots campaign had started the list of stolen items could be summarized below.

After the Grassroots community campaign

The community gave police clear, actionable, complaints that were timely. Most policemen didn’t choose law enforcement as a career to sit behind a desk or attend meetings. They got into the business to make a difference. They community, with these three civilians leading the way, helped the police get things done in a professional safe manner.

This was all done with zero budget. The people in Moose Jaw, by working together, made a noticeable difference in a hurry. The same is possible in any community.