Is Where You Live Riskier Than The Worst Cities in the US?

Wetaskawin Alberta, population 12,655
"Break and enters are up 44 per cent with 38 more occurrences, and theft of motor vehicles increased by 134 per cent, with 39 more instances." said Inspector Keith Durance in his report to City Council for crime  from January to June, 2022 on Aug 31.

The article says there was a 44% increase in property crime. Here are the biggest increases in the US over a similar period for comparison. A 44% increase is really high. Not even Chicago (39%), Philadelphia (36%), or New York (40%) had such a big jump. 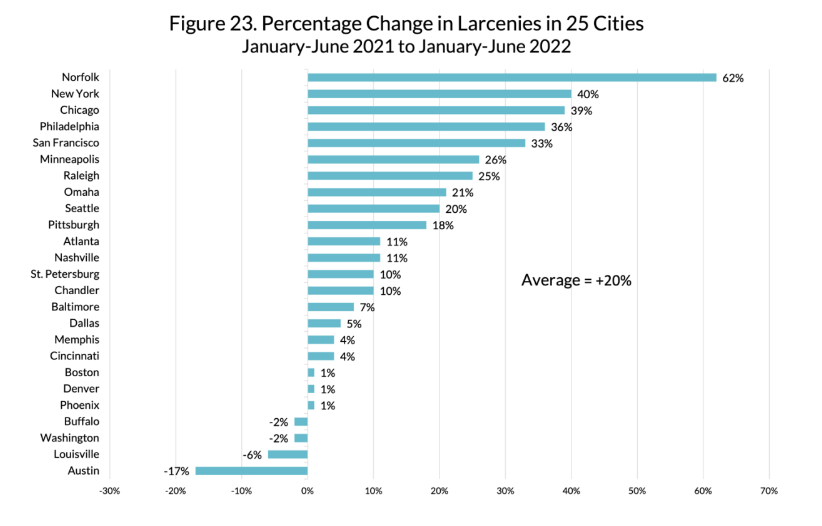 So while the city of Wetaskawin is having a bit of a jump n the crime rate are things really that bad overall? For reference here are the cities with the highest crime rate in July across Alberta. 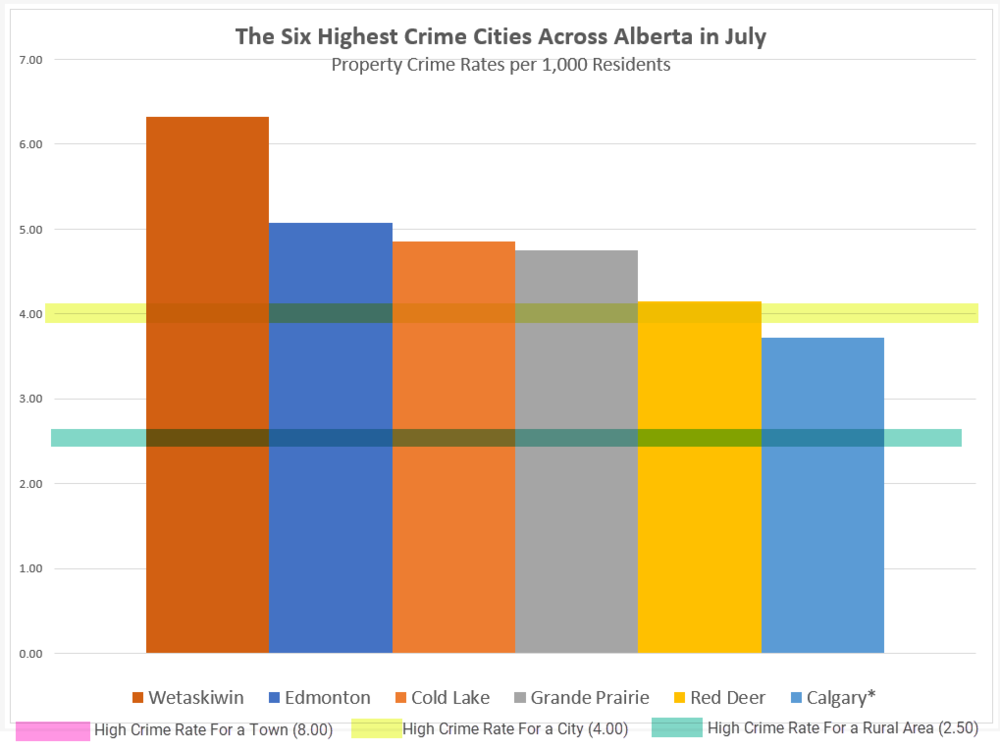 Comparing this chart of crime rates in Alberta from July to some of the most dangerous places in the US crime rates, these levels look alarming. For example, if the crime rate in Edmonton stays at its recent level Edmonton would rank as one of the 20 highest cities in the US for property crimes.

Data about crime rates from smaller cities in the US make the problem seem even worse. Here is data from Wikipedia for smaller cities.

While smaller cities appear to be just as dangerous as the current crime rates in Canada this table is from 2010.  The North American crime rate has been almost cut in half over the last 10 years.  For example, here are the FBI’s numbers from 2010 to 2020. 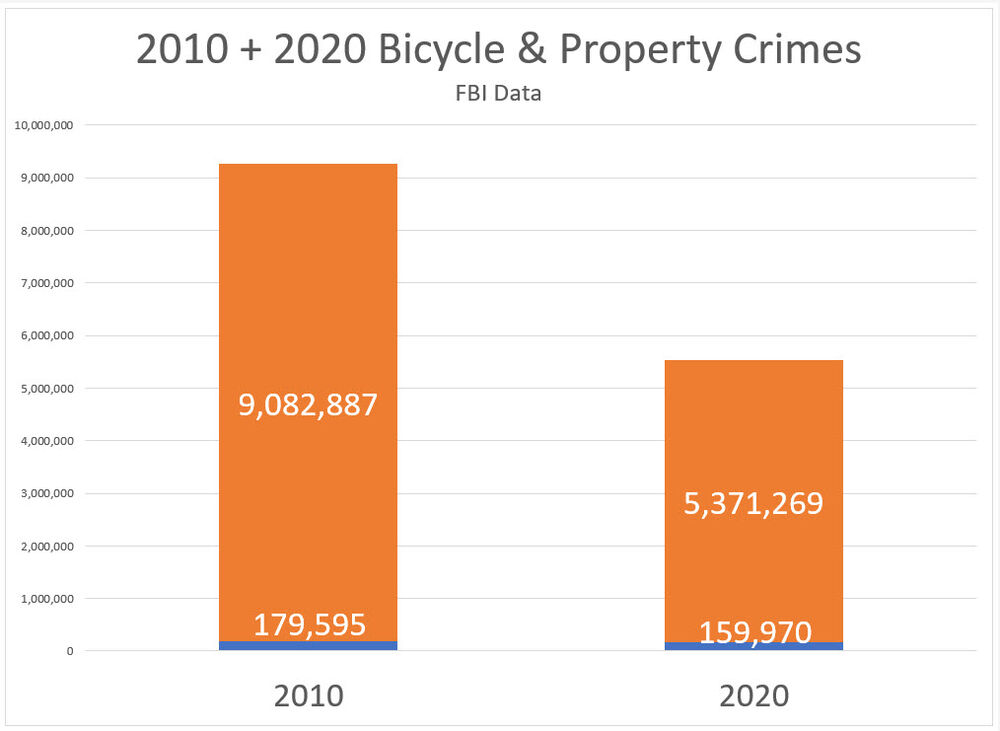 It certainly doesn’t feel very good knowing people’s safety in Canada isn’t any better, and is often worse, than the worst places in the US.

Property crimes like these cause people to lose their sense of safety. They also cause people to have to deal with financial setbacks sometimes in the hundreds of thousands of dollars. Sometimes these problems hurt so bad people can’t even talk about them for days and then can’t forget them for many years.

Every police officer, every lawyer, every judge, and every politician make exactly the same salary whether crime is hurting people where they live or whether it isn't. Every insurance company will make the same profits if crime is high. They just pass the losses onto their policyholders.

This leaves one group who are emotionally and financially motivated to make this problem go away.  Homeowners and some small business owners pay the steep price when they are a victim.

A small group of people don’t worry about these kinds of headlines anymore. Learn how they did it at score.lightcatch.net

I’d love to hear your feedback. I know this post is a bit heavy but I didn’t create this problem, and am trying to do our part every day to help stop it.

Previous Two art heists, expert says Canada is a 'soft target'
Next A CAO (Town Manager) asked 'How is the court process with Lightcatch handled?' Here was our response.