Red Deer, Why do you have DOUBLE the crime of other Albertan cities?

Look at this chart for October. It proves that it is possible to live safer. At least two other Cities of similar size and economies have way less crime.

In Red Deer you are almost twice as likely to be robbed as in Spruce Grove. 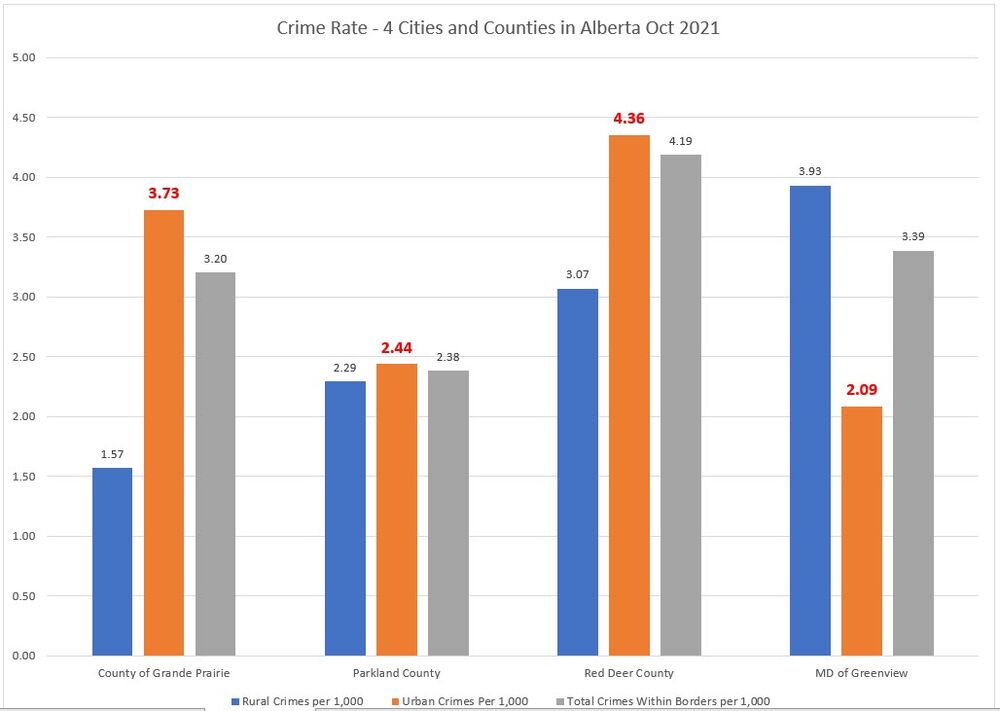 It’s not like Grande Prairie is a city filled with angels either. It has been in the 20 worst cities in all of Canada for several years running. A City of similar size, with similar economics and demographics should not have 255 more crimes for no reason. Something else must be wrong.

The reason why addicts, thieves and repeat offenders love Red Deer is because stealing from people is so easy there. The crime prevention solutions people are currently using move too slowly and are too broken up into fragmented groups that silo information away from others to ever get much accomplished.

Criminals never got the memo they are supposed to stay in those little community groups that residents are supposed to use until someone shows up to arrest them. Instead of building artificial borders and groups, Lightcatch is a borderless solution that moves faster than the criminals.

The other areas in this chart are generally far more advanced at using Lightcatch as well. Residents create alerts about activity before a crime happens with much better information and at a much higher frequency than in Red Deer. This gives criminals a message that stealing in those places could be a problem, helping keep the crime rates lower.

Here are two more problems that make it so easy for thieves in your City. A homeowner can change this situation on their property right away.

These two issues create a huge opportunity for criminals to scatter evidence without fear. No one is even looking for them without the criminal having a big headstart. When people do start looking, almost no one ever has video of what to look for!

Use the free quiz at score.lightcatch.net to assess all of the security gaps criminals love to use to get away with crime. The free report will show how those gaps can be closed.

Keep in mind, the prevailing attitude for most people is to not care until crime happens to them. When too many people take that approach, a crime rate that is double what other cities nearby have, is what everyone end up with. Thieves keep coming back, because it’s so easy.

Go to score.lightcatch.net to see how to protect your home and property today.