Here are two police reports pieced together that show how these six criminals showed no fear about being caught in the act stealing over and over.  Despite being arrested by police at one crime scene, they continued stealing from people’s homes over the next 10 days in another City and County a few minutes drive down the road.

May 29 – Caught in Act Stealing Lumber With Stolen Van 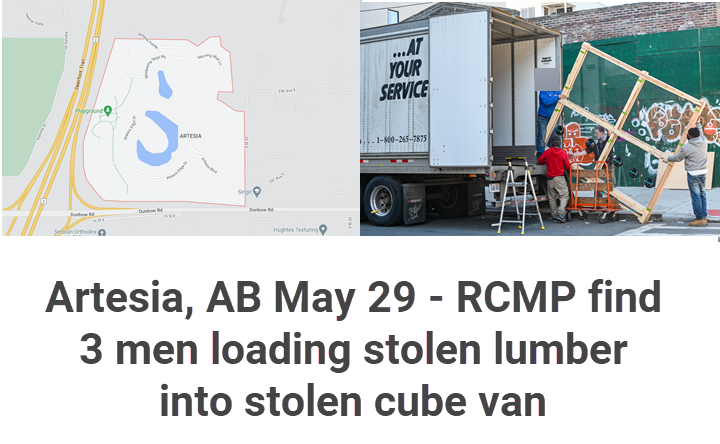 Police arrived while three men were loading stolen lumber into a stolen cube van at a construction site in Artesia, AB. By the time police from nearby Okotoks arrived, only Sarbjit Singh (40) was caught.  He was then charged with:

Not only was Sarbjit  caught in the act, two more stolen vehicles were recovered near the job site. 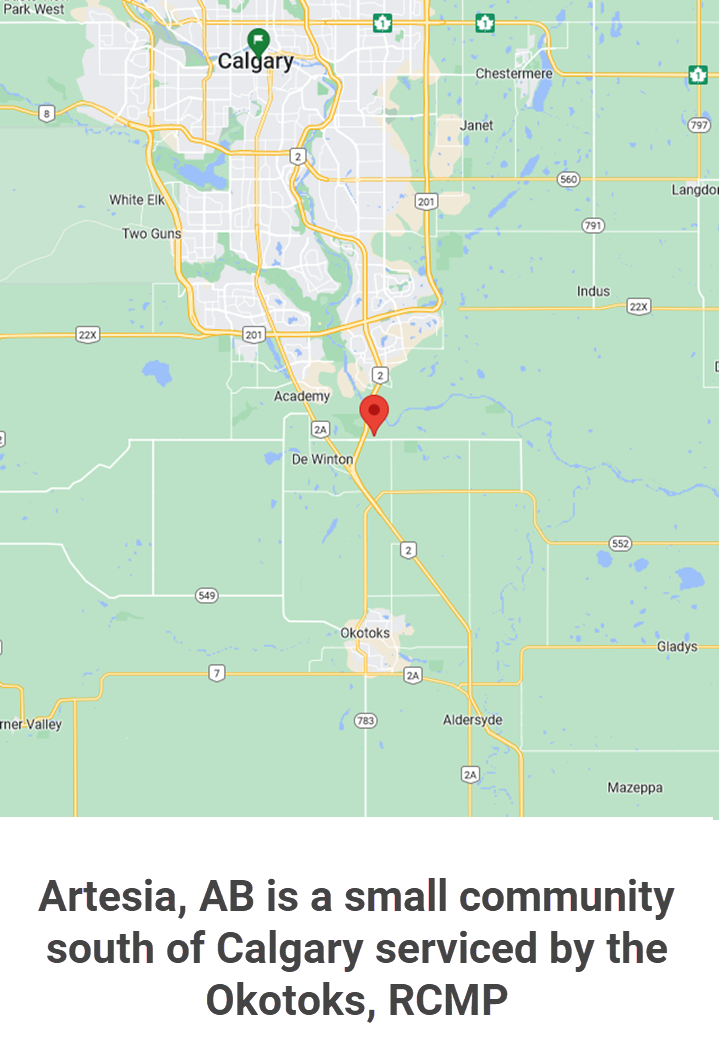 Apparently being arrested while under probation at 40 years of age now translates into ‘try stealing somewhere else’.

Fortunately, Sarbjit Singh likes to leave lots of evidence on how to arrest him again and again in different places. 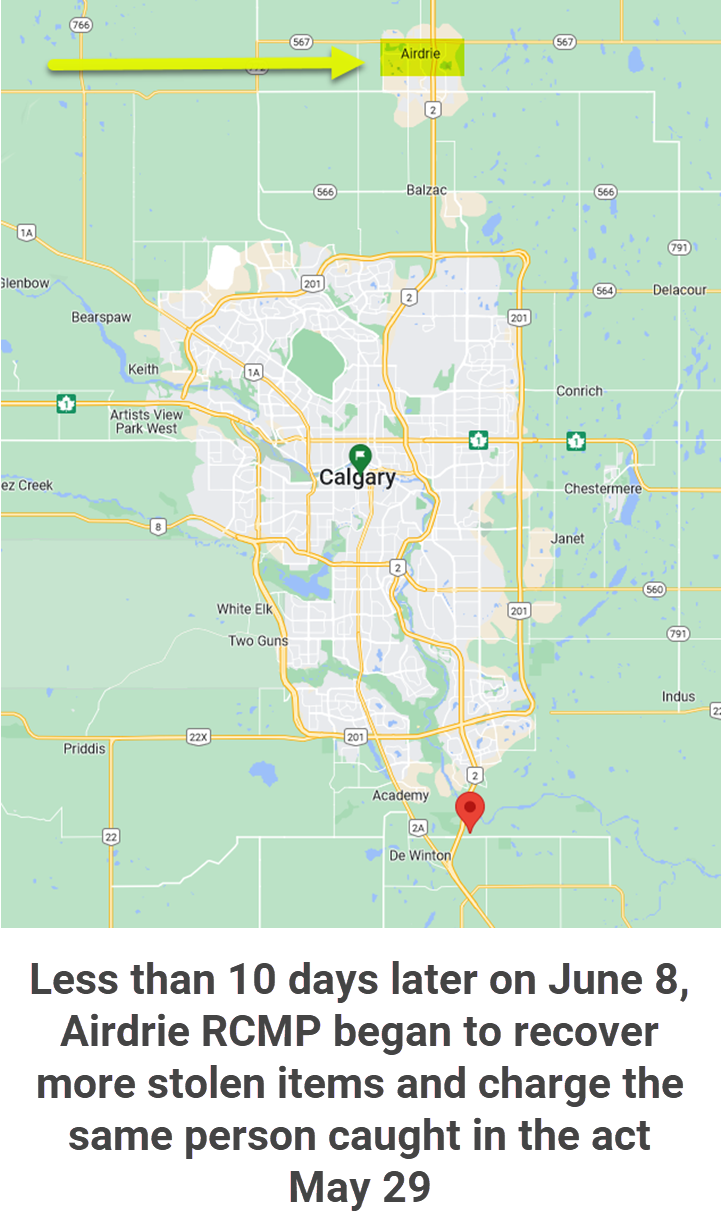 Over the next 8 days more stolen items, valued at over $150,000, were recovered from Rocky View County including: 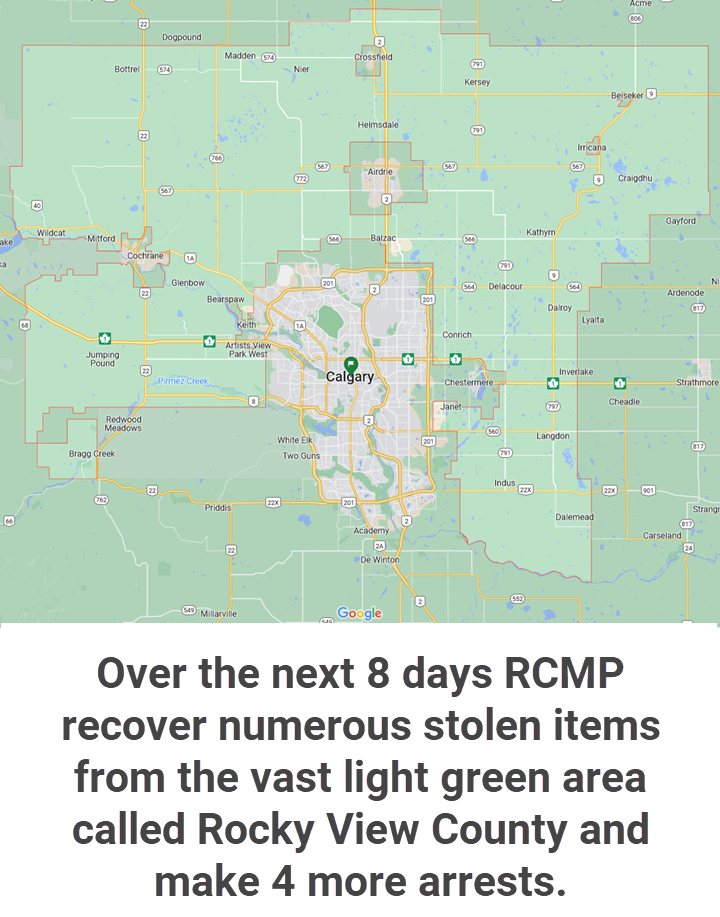 All of these stolen items were recovered after the crimes had taken place.

This shows the police were not supplied good enough information to prevent these crimes before they happened. Instead police had to rely on expensive Crime Reduction Unit task forces to stop this crime ring.

If police could not stop these crimes until after numerous thefts, this meant that a lot of people were victims. For some of the victims perhaps this wasn’t a tragic experience.  For some it may have been very tragic. Criminals like to prey on the weak and vulnerable, if at all possible.

This string of thefts, well after the crimes had occurred, and the willingness for Sarbjit Singh to continue after being caught in the act of theft, while breaching probation shows crimes like this is a good enough opportunity some will try it as a business.

If this group thought there was money to be made by stealing from small cities and towns than it also points to the fact that enough property owners are leaving their items so exposed that criminals feel like they can get away with crimes like this.

If the people of Artesia had been active users of the free Lightcatch app, the public could have helped track all three suspects safely and conveniently from the windows of their homes.  This was a missed opportunity to get more criminals a criminal record and to send the wannabe criminals a strong message 'don't try stealing from a construction site around here.' all for free.

If the thought of helping pay for crime with some of your property isn’t appealing, I believe there are very clear options. After studying 10,000 property crimes I developed a system that will stop criminals like this long before they get away with a crime.

I called the system Crime Blocker because it is helpful at stopping most crimes before they even get started.

If the whole idea of allowing a crime to happen, and then asking the police to investigate it after you are a victim, seems like it could be too slow and risky for your liking then Crime Blocker may be the right solution for you.

I can’t wait until enough people in Artesia, Airdrie and Rocky View County use Crime Blocker and property crimes like this become impossible. 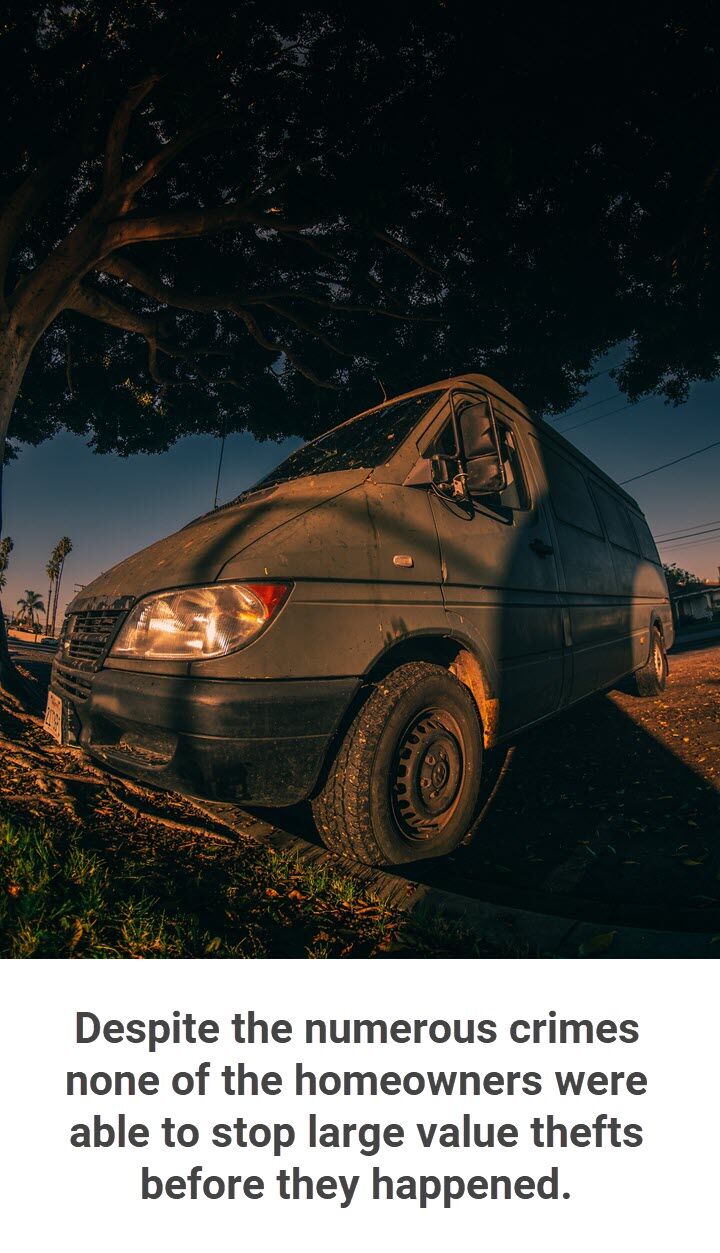 June 22 article about May 29 arrests - https://highriveronline.com/articles/warrant-issued-after-trio-of-lumber-thieves-caught-in-the-act

Previous Vince Carter’s wife and children had to hide in the closet while being robbed.
Next Yet Another Fire Hall Break In