Stole from the wrong people!

***20,000 people seen this land owner's post within 24 hrs. It spread like wildfire. Lets keep the pressure on suspicious vehicles and make alerts on Lightcatch instantly if you see something. *** 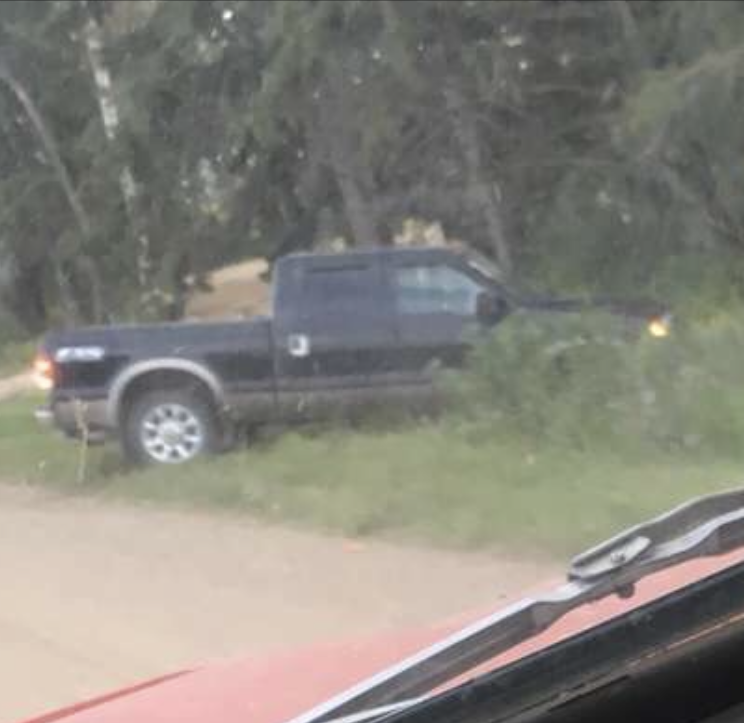 This truck was seen before several recent property thefts in the area.

Since Lightcatch can alert everyone within 20km anonymously, please update the app every single time it leaves its home base here at Ma-Me-O Beach. We need everyone in the community to keep tabs on this trucks new location. The police may take 1-2 hours to arrive.

Meanwhile every young person with Snapchat and every person with a phone can be protecting each others property. Call 911 if you see it trespassing or behaving suspicious after alerting the app.

Fed up with the police not patrolling in your area? Use Lightcatch to report suspicious activity and then call 911.  The more people who do the same, the more it makes that call a priority.

The More People In Your Area That Have The App – The Safer Your Community.

If You Love How The App Works – Share With Your Community By Forwarding This Email!

Don’t Let The Criminals Win–Forward This Email and Help Create a Safer Place to Live and Work!

Aug 20 - RCMP released a request for assistance as residents were shot at from occupants of this vehicle.

"a firearm was discharged with intent"

The driver of the white F350 was described as; a Caucasian female, with curly shoulder-length light blonde hair, between the ages of 20-30 years. The driver of the black F350 was described as; a skinny, Caucasian male, with short dark hair (balding), scruffy beard, and of average height.The male driver of the black F350 shot at a witness who had attempted to stop the suspect vehicles, this caused damage to the victim’s vehicle however they were not injured. A police pursuit was initiated by ultimately terminated. 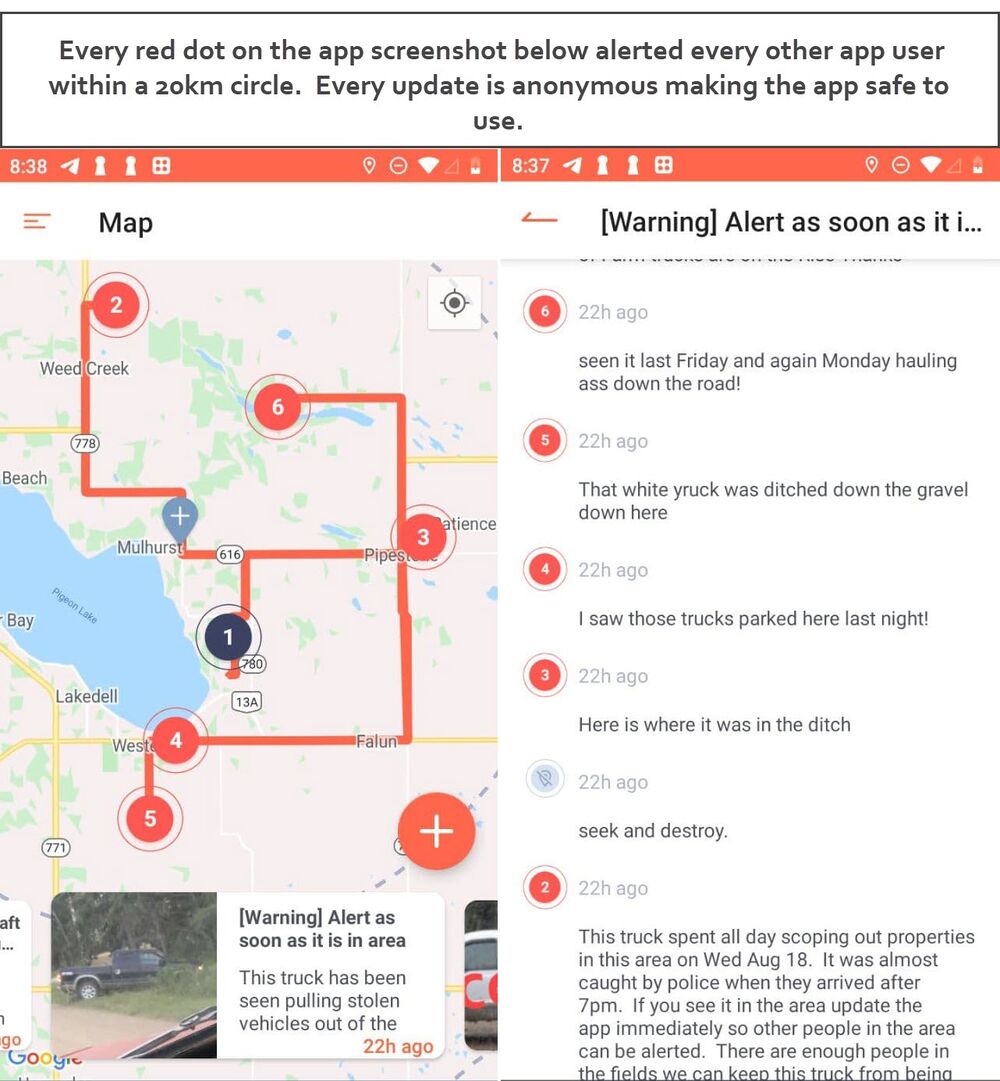