The Most Dangerous Places in Alberta in May 2022

Here are places with some of the highest crime rates in Alberta. 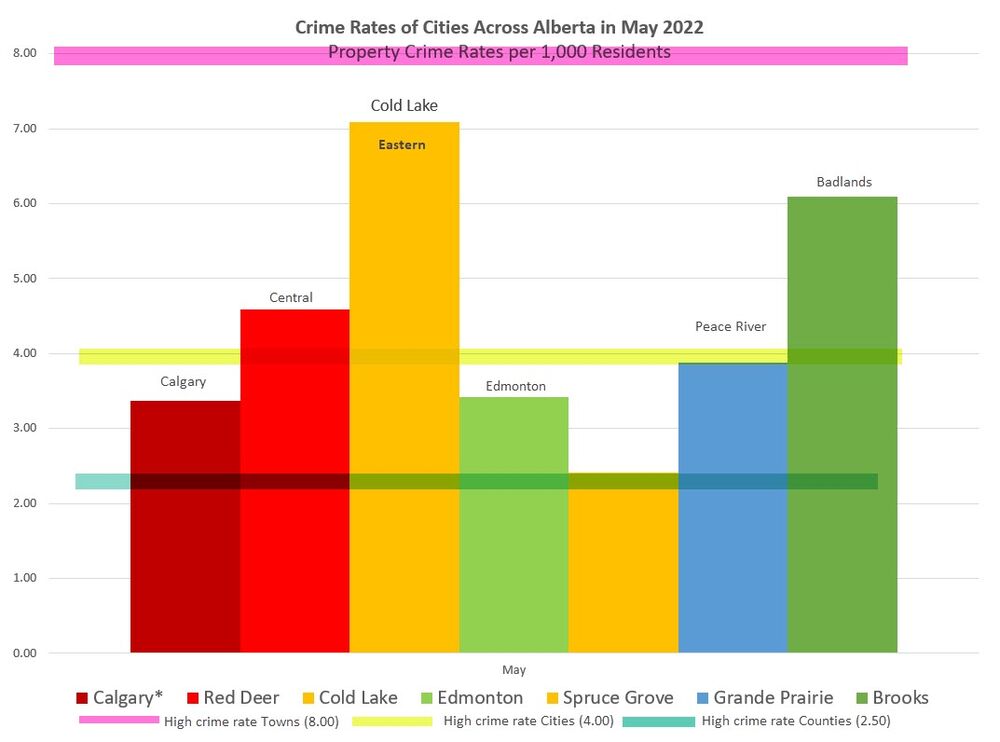 Town crime can often be much higher than the crime level anyone in the city or the country ever experiences. Here is a chart with some of the towns across the different Alberta regions with the highest crime in May. 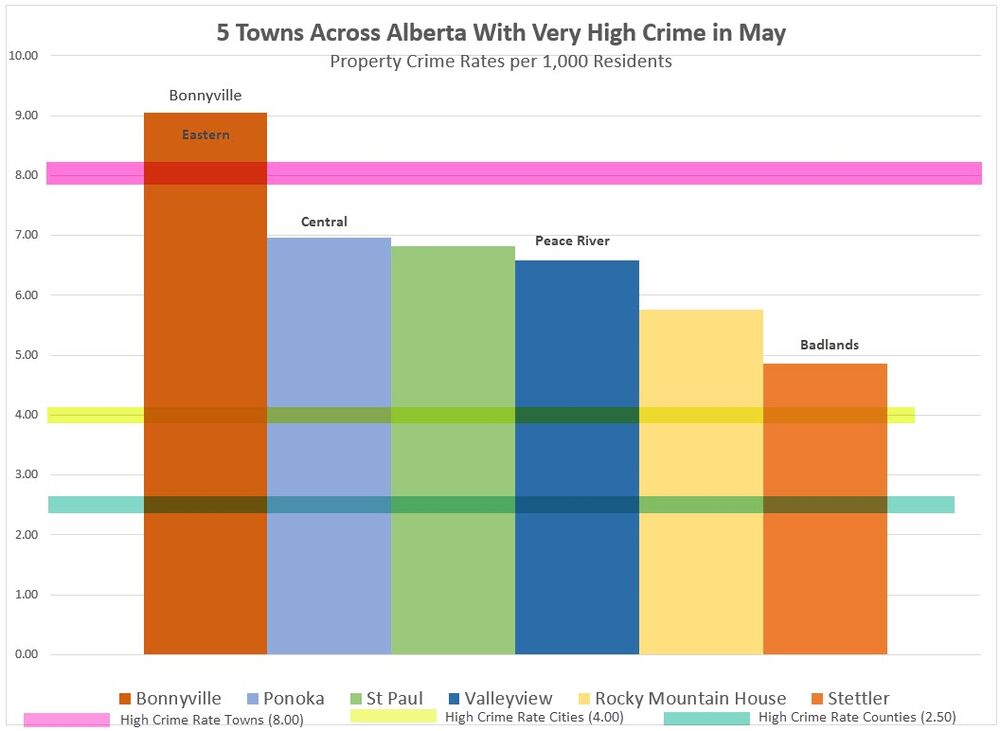 Bonnyville was one of the most dangerous places in Alberta in May. This is at least two months in a row the crime rate in Bonnyville has been double or triple most rural areas of Alberta.

Here are some of the rural areas across Alberta with the highest crime rates. 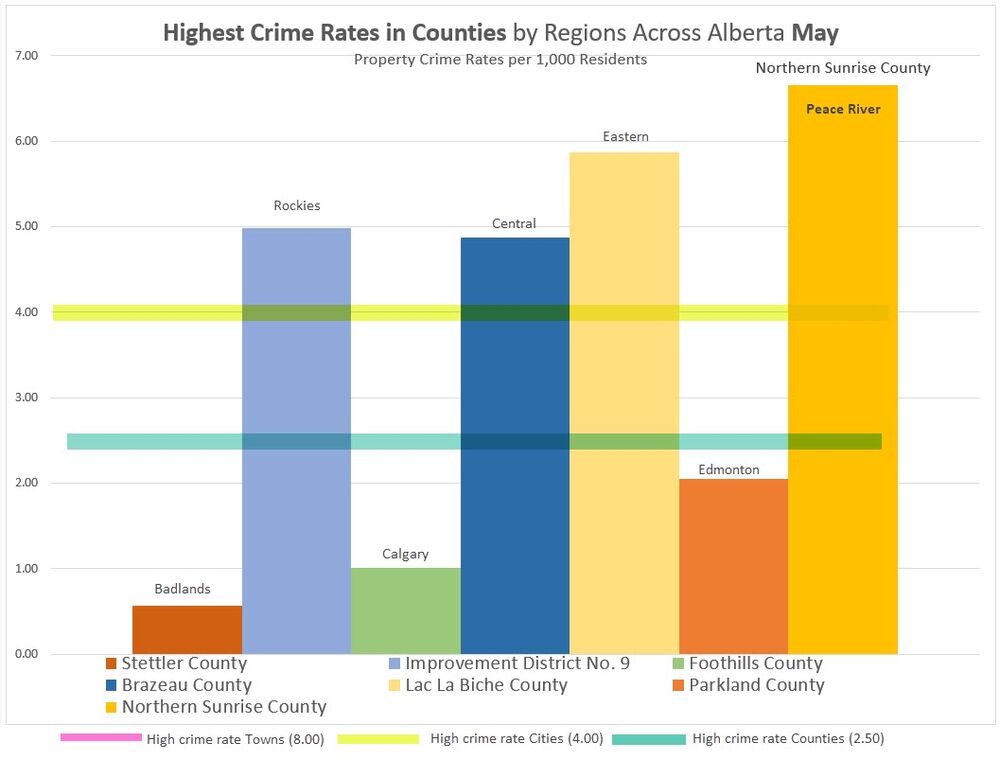 The crime rate in rural areas is much lower than the more dangerous urban areas. 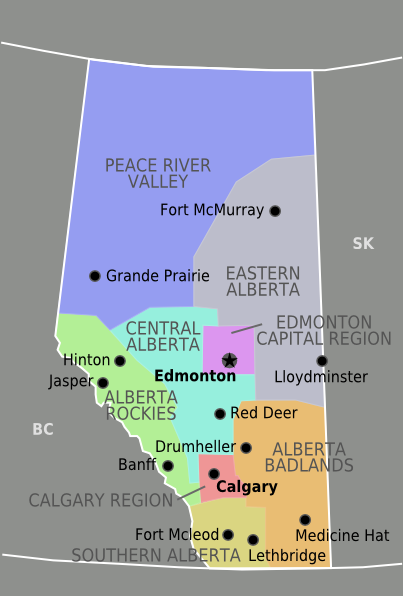 The highest crime region in Alberta is the Eastern Region. Bonnyville, Cold Lake and St. Paul are among some of the most dangerous places in Alberta with a crime rate about double what people experience in large cities like Edmonton and Calgary. 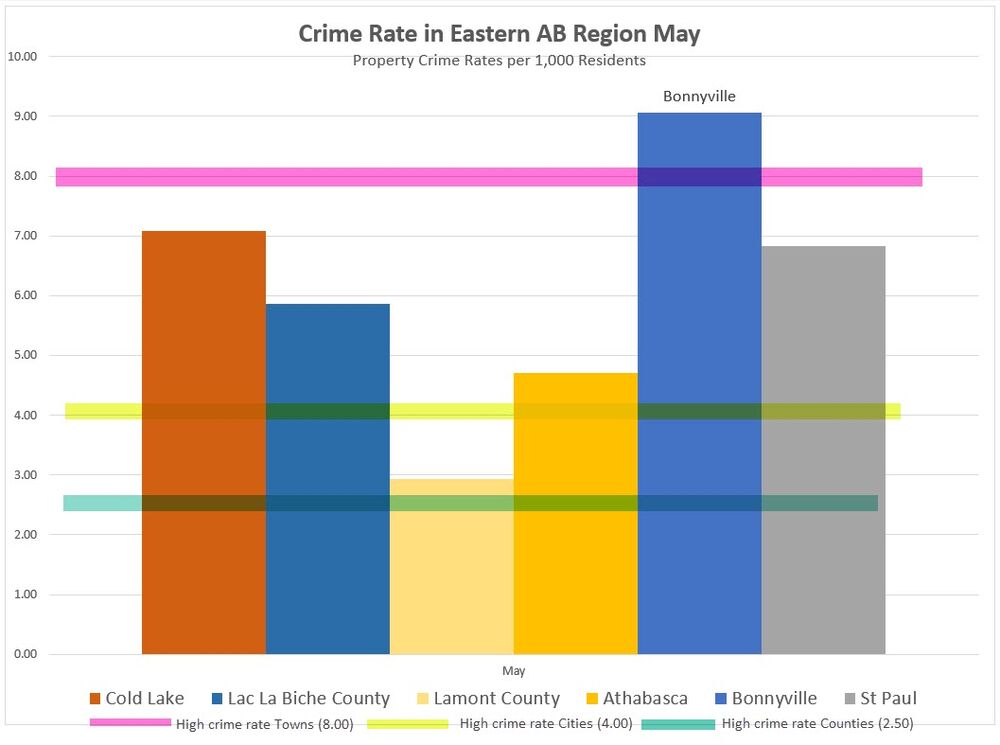 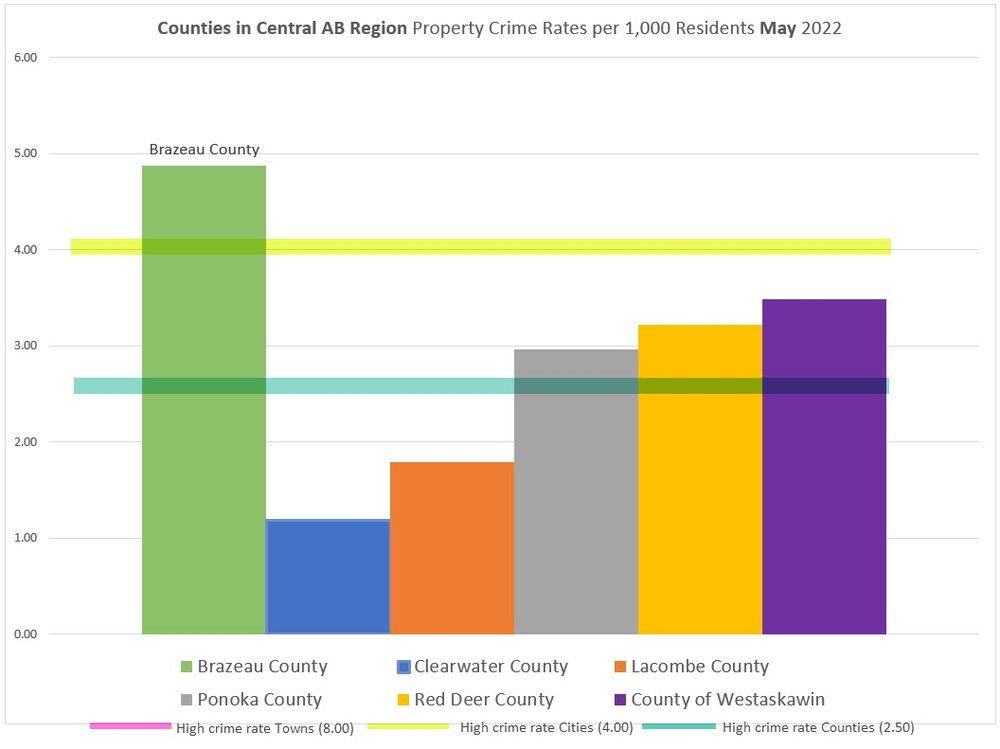 High crime in central Alberta has been a trend for years. Notice how Red Deer has a much higher crime rate per resident than all of the other cities in this comparison below. 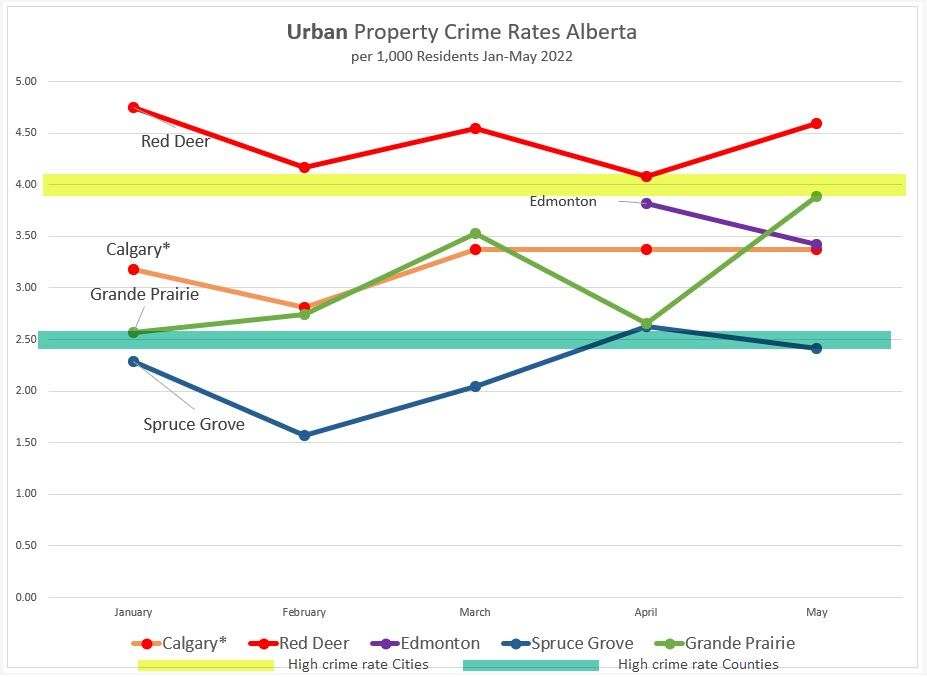 It appears tourist locations are also very good business for criminals. The Banff region was one of the most dangerous places in May 2022. 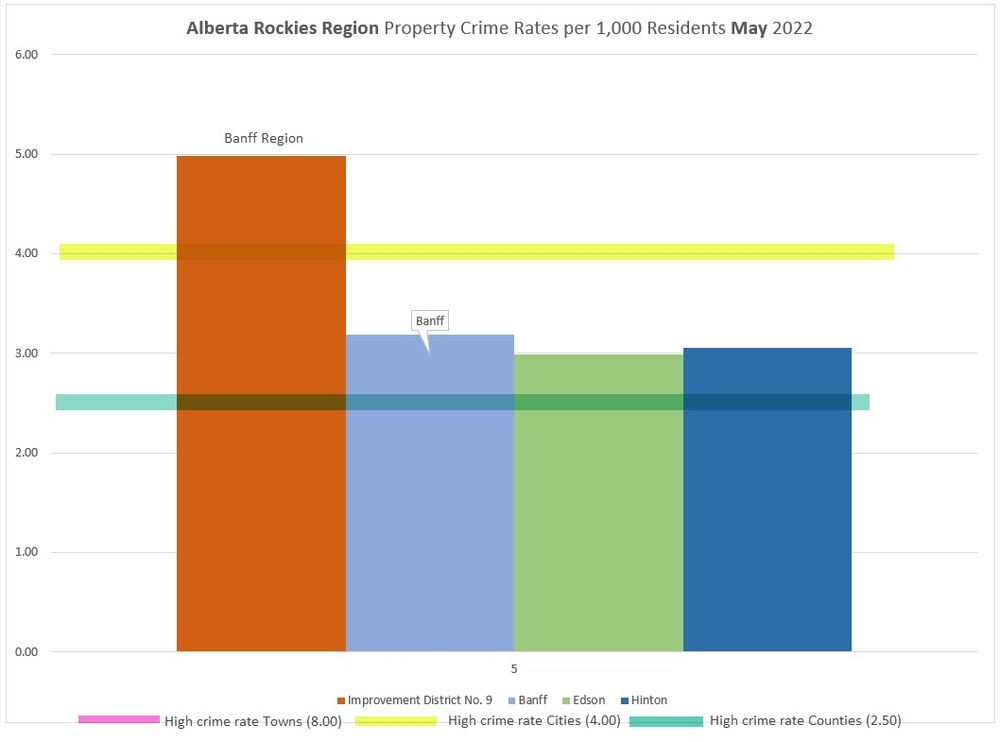 The City of Calgary has a much higher level of crime than the regions nearby. Calgary’s data is based on March 2022 crime rates, all other RCMP supplied data is from May. 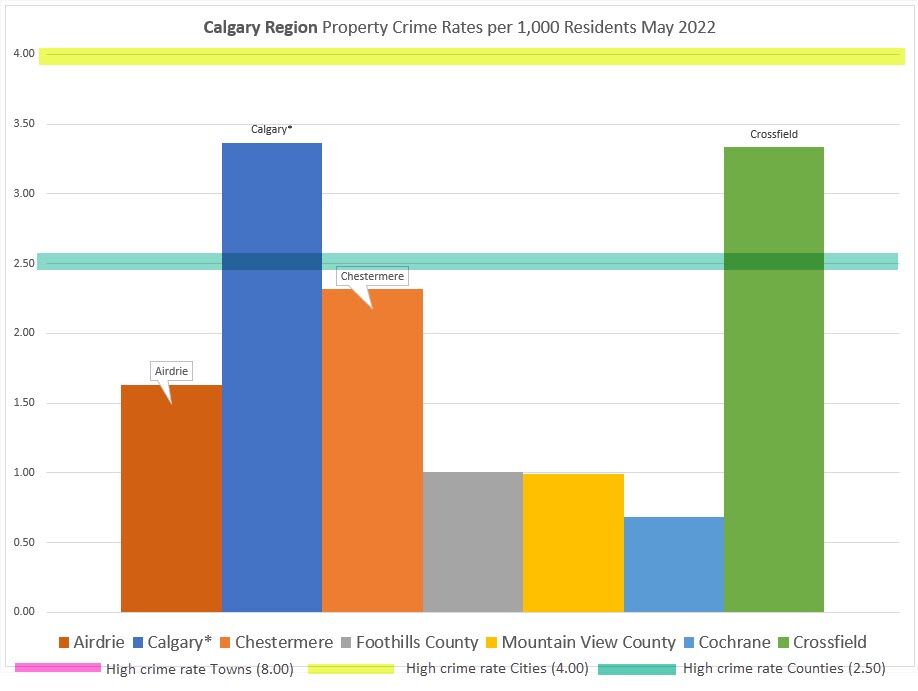 The City of Edmonton also had a much higher crime rate than regions nearby. 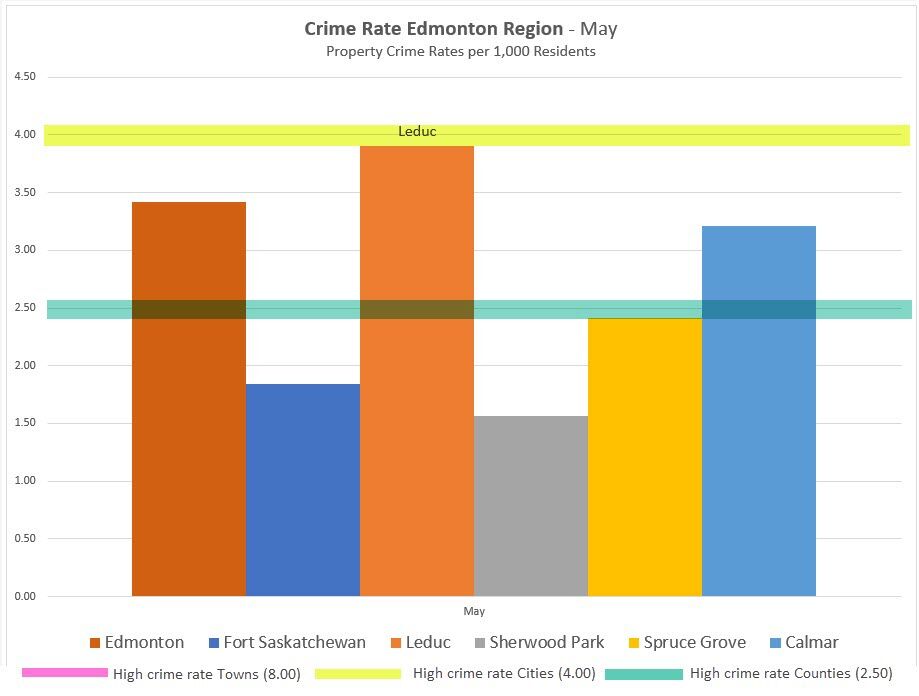 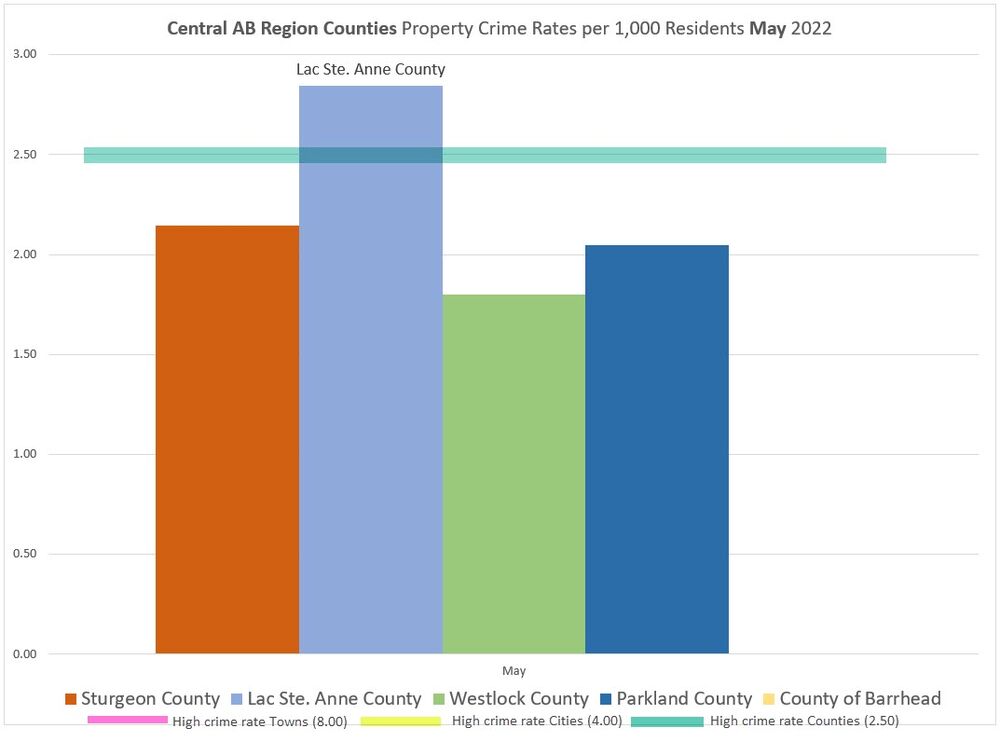 Here are crime rates for several places in the Peace River area. 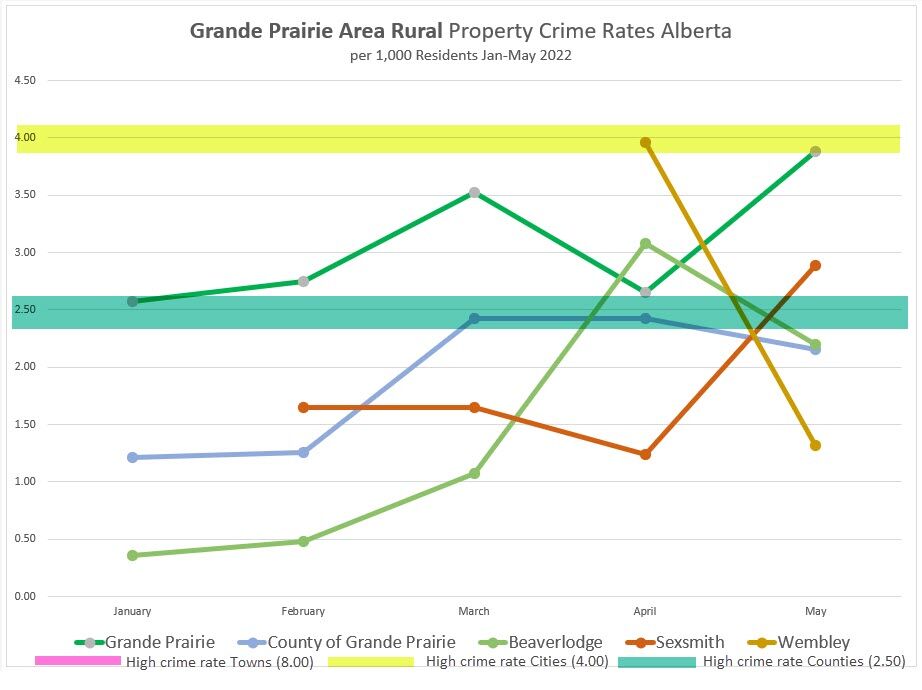 I am very thankful for the County of Grande Prairie’s support of the Crime Shield program for County residents in 2022. The program continues to pay dividends. The program would not nearly be the success without the active leadership of the Beaverlodge District Rural Crime Watch executive.

Overall, the Alberta Badlands is one of the safer regions per resident in Alberta, especially in the rural areas. Here are some of the crime rates within that region. 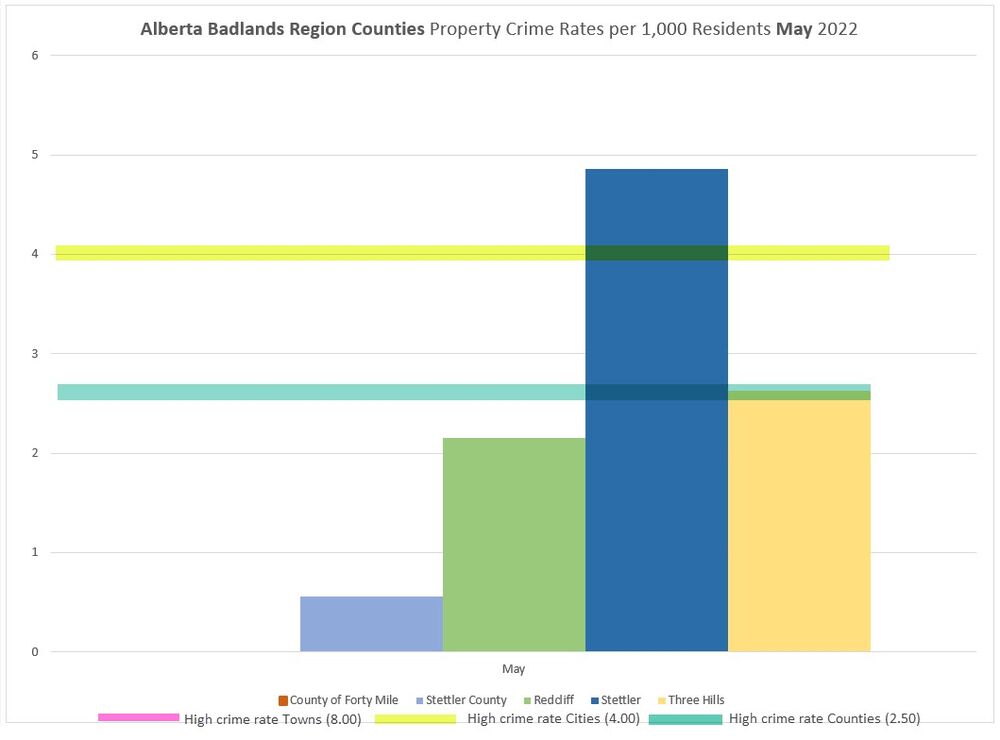 The south of Alberta is so quiet in regards to crime it can be difficult to make a chart for the region as several places reported zero crime in May. Here are some of the crime rates in that region.

Stettler County and the County of Forty Mile reported zero and close to zero property crimes. 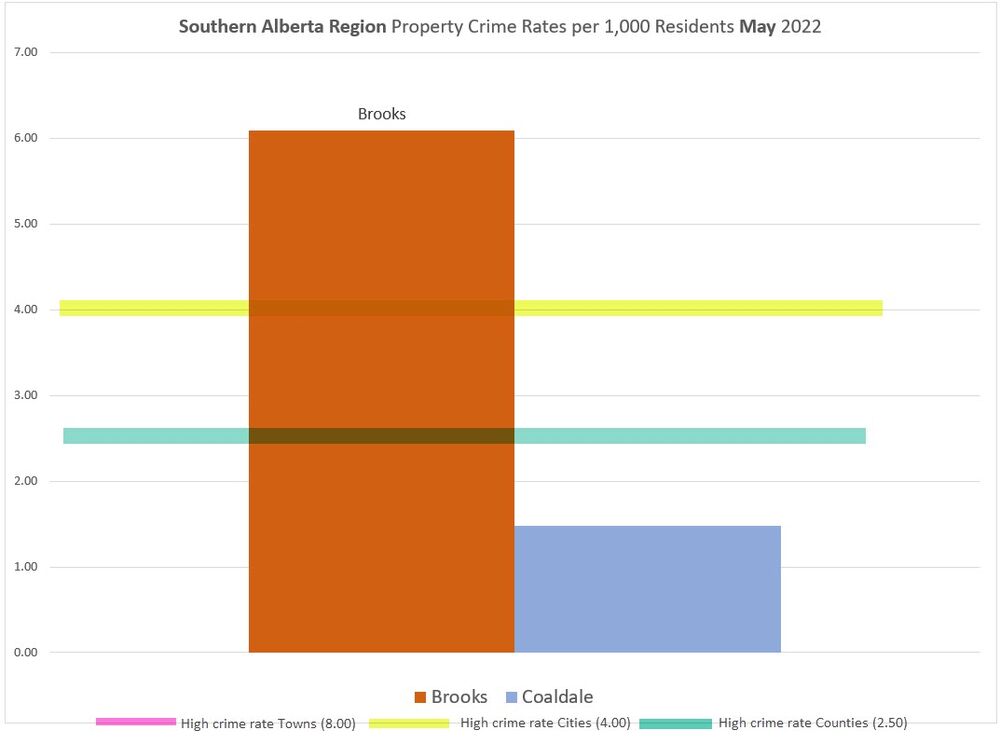 Who is Going to Pay For This?

The cost of all this crime is covered by one group of people and that is the taxpayers. If you live in one of these high crime locations your insurance premiums and out of pocket losses are subsidizing the local criminals.

Those are just the financial costs, there are also the painful experiences the residents and businesses live with.

No matter what the crime rate is near your home there is no need to live with your property being stolen.