Stopping these criminals and getting this stolen car back was so surprising.

Someone happened to remember a White Toyota Corolla was stolen 26 days earlier. They created a new alert, because the old one had expired.  This is amazing!

After that volunteer superstar created the alert the stolen car was then spotted two more times within the next 48 hours.

People in different towns started helping stop the criminals who had been driving around in this stolen vehicle for 26 days.  The police recovered it very soon after.  It just took that one volunteer superstar. 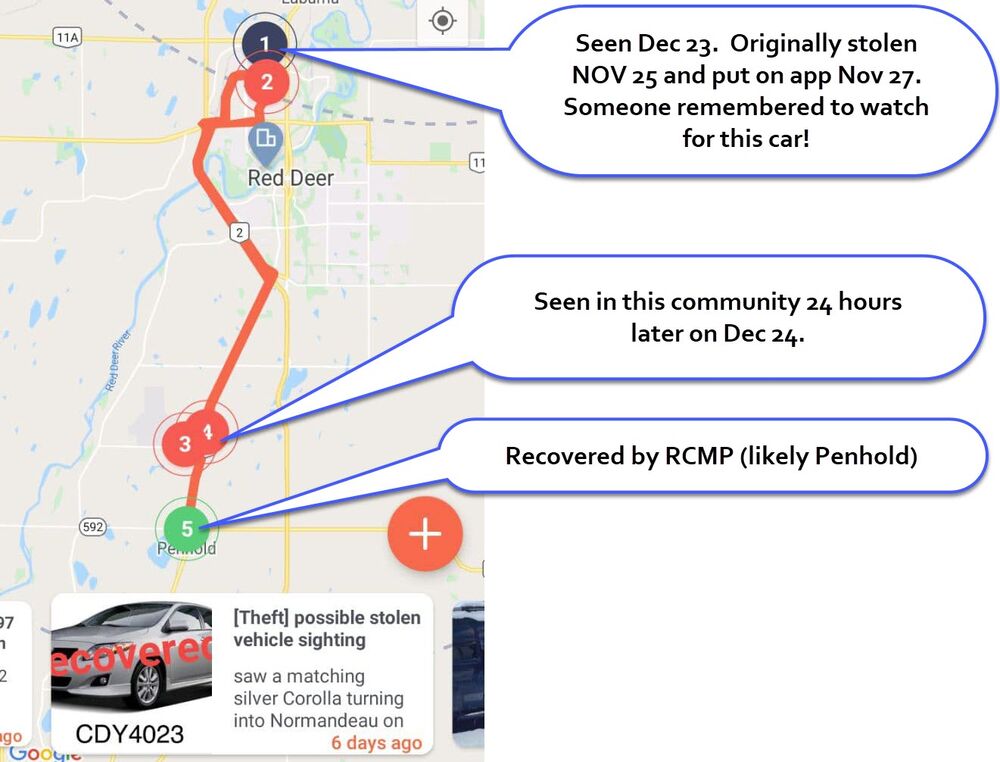 Cities read this part below

I recommend finding people like the two who helped with this stolen car and working with them.

This vehicle was recovered by the RCMP. But it appears to have been driving around in the same area for almost 30 days while stolen. The police can only do so much.   Like in this case, people spending just minutes per week can make a huge difference.

How many people will be community minded enough to remember a stolen vehicle 26 days later? Very few. Red Deer has a gem of a person who created this alert.

Yet another person took a few minutes at 10:30 pm Christmas Eve(!!!), in another town, to say they just saw it. Very few people will do that. That same person took the time to add the backend was now smashed up a bit and a tailight was out. 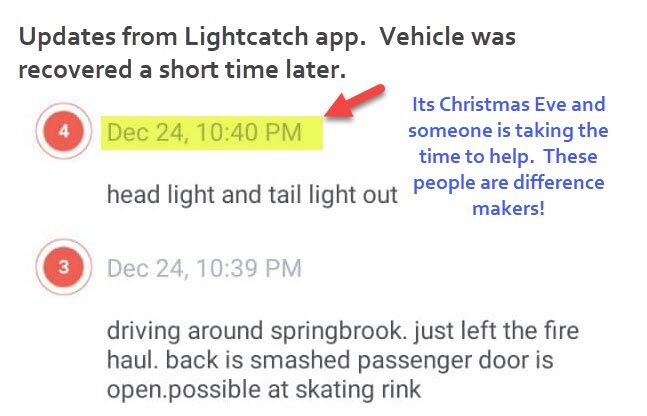 What are people like this worth to a local community?

Here’s what we’ve seen that can help that answer this question. We’ve seen crime rates be lowered with just 1-10 super users like this in a population of 250,000 people.

If the hundreds of crimes and millions of insurance claims that result from a population that size can be lowered from 1-10 people, in our opinion, those people are very valuable.

At Lightcatch we are building a private community for people like this to learn and share best practices. Reach us at hello@lightcatch . net  if you’re one of those people who are ready to make things happen so your community can be safer.

If Administration isn’t sure where to find these kind of difference makers in their community we have a training program that can turn a college graduate into someone who can likely lower their local crime rate in 6 months.