Everyone should learn to use the fears criminals have

How fear affects criminals minds is a simple concept that anyone can use to protect their property better. It’s helpful to recognize that the drug trade loves to exploit the weak and vulnerable through intimidation. For example, a man with a habit, who has a drug dealers gun to his head, and is being told his debts to the dealer are due now gets scared. His options are pay with cash, pay with goods, or pay the price in blood. Another who is told they either bring back ATV quads or pay for the drug debt with broken bones is now scared enough to search for quads. Moved with fear, they often have no choice but to consider stealing as the easiest of the options. 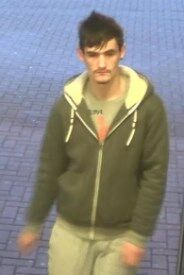 If the addict then looks at your property and isn’t scared of what may happen next they are likely to try something.

If your security is setup to move so fast the criminals are stopped before a crime even happens they don't know how to handle this.  It scares them to try and figure it out under the pressure they are usually dealing with.

If your whole community builds a reputation that everywhere is just crawling with people who instantly see a crime and could immediately report the new location to the police this level of intimidation is really effective.   Most criminals will somehow hear about that area being not worth it. They will avoid that location because it intimidates them.  We see this happen to the point where crime locations become predictable.

The potential criminal needs to be more scared of trying, failing, and then getting caught than they are scared of the drug dealer who is threatening them.  Failed crimes tend to get a lot of exposure online.  Everyone laughing at the criminals misery makes it's way back to the criminal's peers who then taunt the caught one as someone who is a failure.  Friends and family see how desperate they have become and often abandon the criminal at their lowest point.  Like chickens in a yard finding a weak bird and then pecking it to death, life gets very cruel.

Freedom after failure can be worse than prison.  The drug dealers will come looking for them.  The enforcers will make a worthless thief, who can’t pay their debts, an example to intimidate the other clients who owe money.

Getting exposed trying to do a crime and failing is much worse than doing a crime and being famous for it.

The key is creating the fear of potential failure.  Your security needs to be airtight enough they will try and fail. 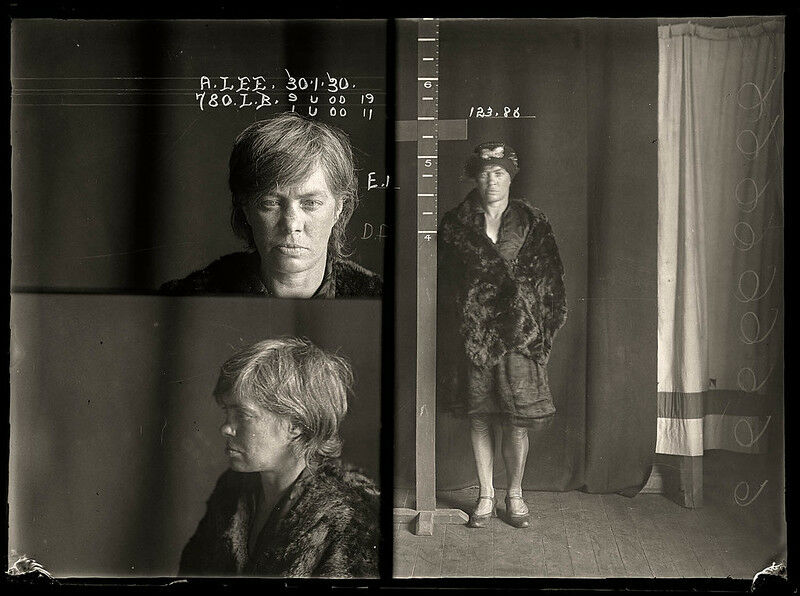 That is why the free 7 steps to Home safety guides are so effective. No matter how scared or desperate the addict is, your property will have security technology that moves faster than the addict. They will either be scared to try, or they will try and lose. Both outcomes cripple the way fear drives the drug trade.

Like rats in a maze, unexpected shocks cause hesitation

I once read a study that said when rats were put in a maze and at the end of the maze was a great reward they would quickly learn the maze. Even if electric shocks were then built into the maze, and rats hated the shock, they would learn to persevere through the pain. 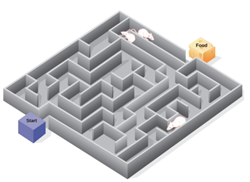 But let the electric shocks happen at random locations and the rats became confused, frozen and stressed. Even if they knew the maze well, the fear of a random painful shock kept them from running the same corridors to get the reward. They froze and became miserable, not knowing where the hurt may come from next.

The Lightcatch app is like the shock that may come at any moment in the way it makes everyone nearby a possible candidate who can expose the criminal.  The app reveals to everyone nearby where they are at and what they are doing, instantly. This literally freezes many criminals from even trying, and they learn to look elsewhere.

77% of all theft related crimes have had success on Lightcatch in 9 cities and counties from Nov 2020 – Feb 2021 when created within 1 hour of the crime.   This type of success builds intimidation among the desperate.

This level of success was with no more than a few thousand people in any one area helping on the free app. With no advertising and no public partnerships tens of thousands of people have gotten involved.

The evidence that property crime is a solveable problem is just beginning. 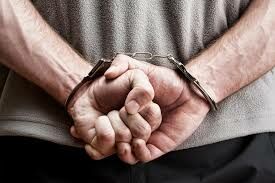 Many in law enforcement already use and recommend the app as something that is working but it’s been an entirely grass roots movement happening at the detachment level.

Soon police forces will be training their members and operations teams on how to use Lightcatch.

Many Councillors and Administrators have recommended Lightcatch as a solution for citizens to use to  protect property. Municipalities can now partner with non-profit crime prevention groups to prevent crime using Lightcatch like the County of Grande Prairie recently did.

Things that create little to no fear

The rest of this post is for reference.  Some people have misconceptions about what really works and I try to clarify how some solutions really work based on the data and observations over thousands of property crimes.

People in the drug industry are often desperate and that desperation makes them cunning. Little tricks to try and turn them away do not really work. A successful escape has to be really hard, almost as hard as robbing a bank. This is why the list of items below does not work well and will continue to produce poor results.

Getting a criminals name and exposing them

For many of those stuck in a cycle of crime having their name exposed is like a badge of honour. First, they ripped someone off. Now the victims are even madder because they know who did it. The criminal gains the reputation of being a well known gangster type others in the drug scene look up to.

The risk to the criminal from everyone knowing their name is very low. Most of the people who were impacted by the crime are likely too respectful of the law themselves to do much about it. Seasoned criminals know this and they don’t fear it.

Sometimes I’ve read online statements like ‘Who is this? Lets make them famous.’ Or ‘Please help identify who did this.’ If only the person posting that kind of a question knew that all that attention is most likely to go to the criminals heads.  With their new 'fame' they feel even more secure to try and do more crimes knowing nothing can be done to them.

Experience shows it’s too little too late to get an arrest that will stick for most property crimes at this point.  All the name does is provide a false sense of accomplishment.  Identifying a thief almost never creates an end to the cycle.

Locked gates or locked doors, with no one on the property, are very close to being an open invitation to target that property. It’s a sign there is something valuable behind this property line. Don’t rely on locks alone. We’ve seen so many examples of locks being used to protect a property that ended up in losses. Use the 7 Steps to Property Security to make that property something the criminals will fear. 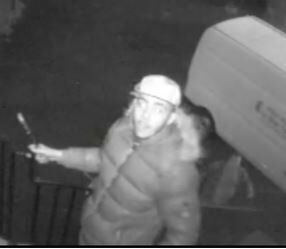 If guns worked well to stop property crime rural crime would be lower than urban crime as many more farms and acreages have firearms than people in towns and cities. But that isn’t the case, rural property crime is as bad or worse in western Canada, than urban crime. Crime would be also be lower in the US states where guns are prevalent. But that isn’t true either. Crime is not any better in states where guns are plentiful.

The reason why guns are borderline useless to stop property crime is that the scared thief moves fast and doesn’t want confrontation. By the time someone sleeping at home awakes, gets a gun from a locked cabinet, the ammunition locked somewhere else, loads their gun, and then finds the suspect, it’s too late.

Look at the problem from the criminals point of view. For someone running scared, a property that has a whole bunch of sellable items, is a long distance from policing, and that might have guns, it is worth the risk to try.  If they can move fast enough there is likely no harm done to anyone.

For a home invasion or threat to your personal safety a gun is a fantastic protector and deterrent. But these criminals are cunning and usually avoid confrontation unless they are positive they have the upper hand.

Addicts and scared thieves statistically could care less a property has cameras. Thinking like a scared criminal, this lack of fear of cameras makes sense. The beating that is driving them to steal is much worse than a possible court case months down the road from being caught on a security camera system.

Security camera systems can work if they can move as fast as the speed of light to notify the police and the public. In the 7 steps to Home Security we show how to make that happen.

A desperate addict targeting properties soon learns most property owners move too slow. The crime is usually over before anyone even realizes what happened. These criminals don’t want a stand off. They just want to pay a debt or feed an addiction.

As slow as most property owners move, policing and arrests moves even slower. Policing alone is proven that it doesn’t induce fear.  Many locations have tried increasing the police presence to the point where crime stops.  But all it ever did was just slow the potential criminal down as they learn to move and strike when police aren’t nearby.

I'd love to get your feedback, especially if you've used the steps in the guides to protect a property. 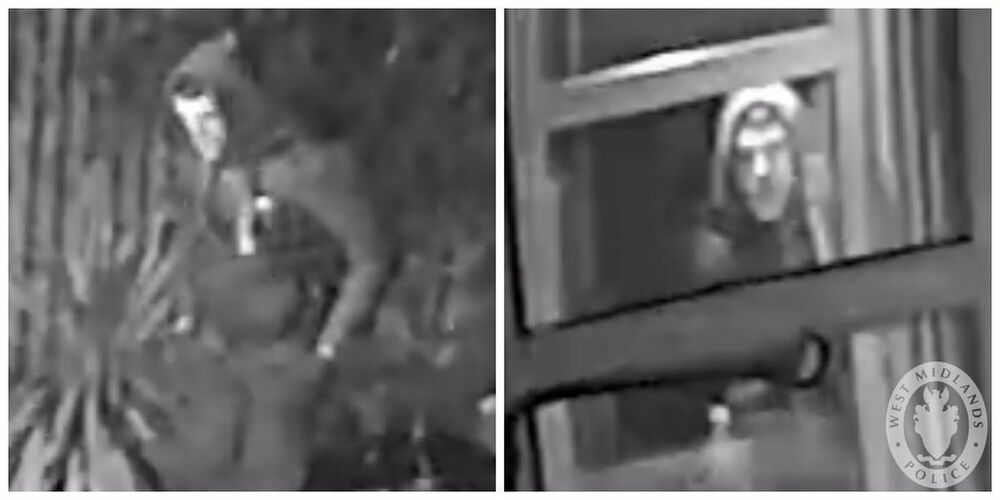