One day everyone's property will be protected like this.

Monday 3:54pm - "…. Literally was just stolen from outside my house in Gibbons at 3pm. They smashed the windows and took off with it and a get away truck. The get away truck had been found torched in The Hewitt estates area. …Cops are notified" 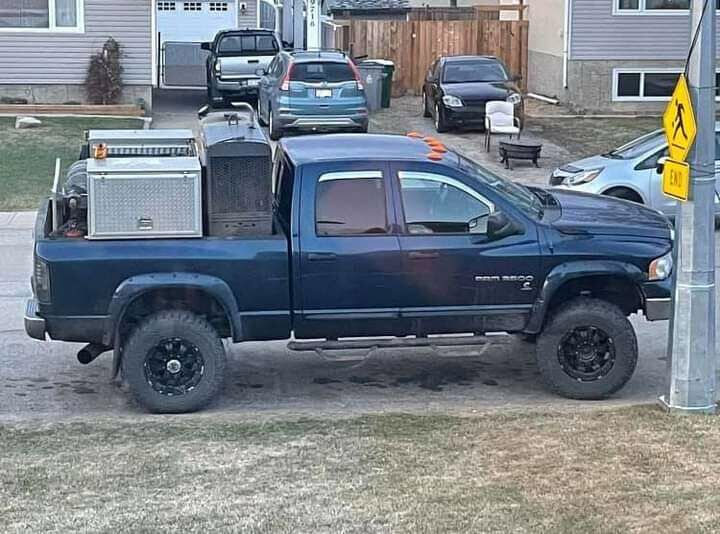 #1: 6:15pm Alert is put on Lightcatch after a volunteer sees the post on social media

8:12pm "The suspect's are just stripping the welding truck in the Alder flats area Rcmp Notified" (Comment without a location.)

#5: 8:52pm “ another blue welding truck following Tan Chevy around 630pm ... cut in front of another truck in front of my self with guys wearing Hoodies both trucks turned on road right after the second gas station ...“

#7: 10:30pm “ RCMP found vehicle stolen vehicle running near Alder Flats area and recovered it.“ Recovered in under 4 hrs, 200km away.

Crimes causing several hundred thousand dollars of damages had been done in this area in the days prior.  In the 5 days since thieves had this close call, there have been no incidents reported in the region.

Five people updated the app. One volunteer created the alert. If not for these people, this truck would not have been recovered so quickly.  These actions slowed down the cycle of crime and are helping make the community a safer place to live.

This stolen truck was put on social media 54 minutes after it happened. If you would rather create an alert in 3 seconds, instead of 54 minutes, use the information from Crime Blocker They show how to have alerts created that fast, even before a crime occurs. 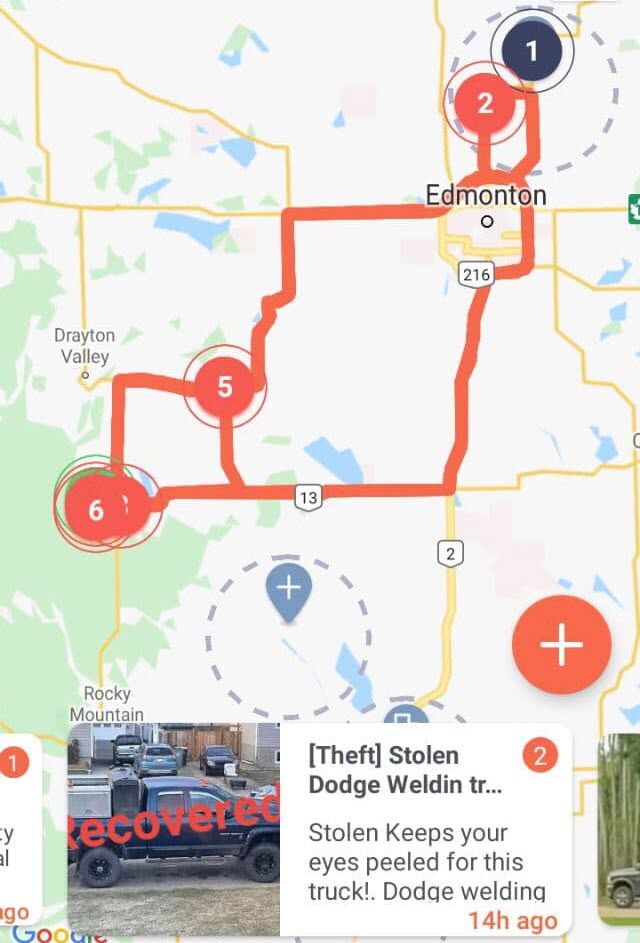