Rural Homeowners Losing Too Many Times in a Row

Can getting away with stealing others property really be this easy?

These 6 people that were just arrested had 24 stolen items seized when police moved in. One of the locals, suspects that stolen items had been running through this chop shop for two or three years prior to these arrests.

Back in May, I emailed photos of this stolen truck recovered in the same area where the 6 suspects were arrested and the property was seized. The criminals were so close to being caught, the truck was found parked but still running!  Clearly this operation had been going on for a while. 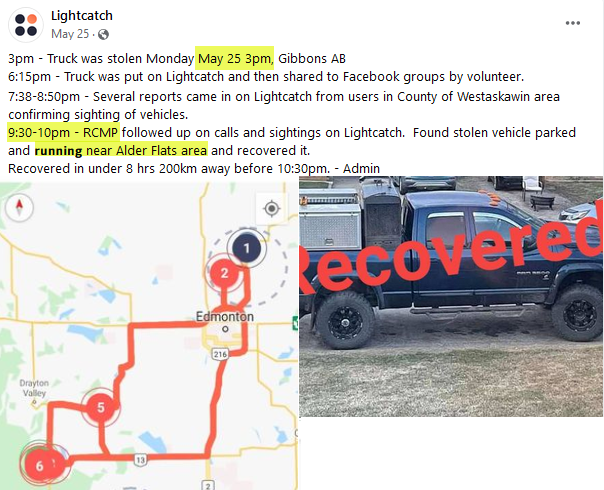 These criminals got arrested after so much evidence was all piled up in 1 or 2 places there was a really high chance some charges would stick. Despite all these stolen items, the police never caught them once in the act.

It is staggering to think that every single time an item was stolen, criminals got away without being caught.

Within days of these arrests, the Lightcatch community was getting reports that the people arrested were  seen doing suspicious things once again.

Then this week, on November 2, this nice holiday trailer was stolen just a little further north from where most of the other thefts occurred in Hinton, AB. 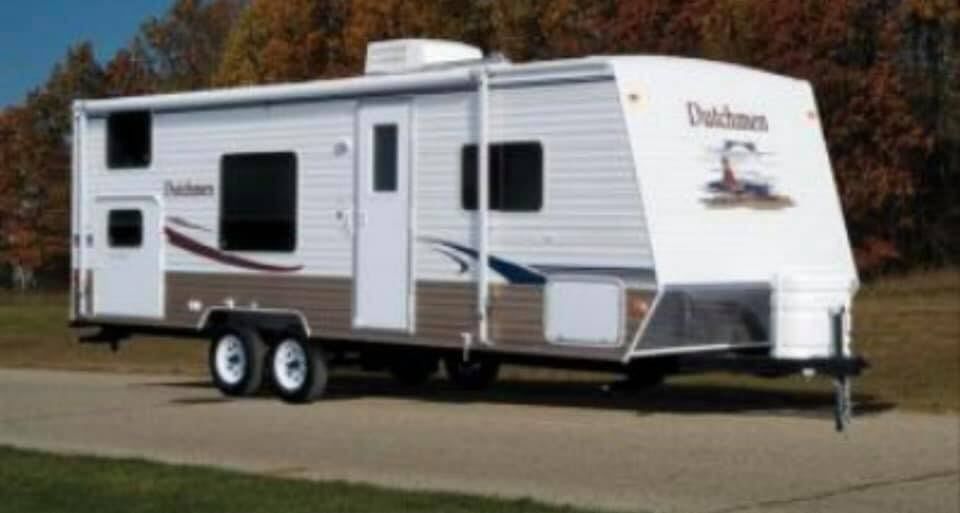 The next day, November 3 someone had their entire property cleaned out just a few miles down the road in Edson.  In Drayton Valley, right close to where the chop shop was busted on Oct 21, two people were arrested and some of the stolen items from the Nov 3 theft in Edson, were recovered.  One man caught had been only been out of jail for previous thefts for 5 days before being caught again! 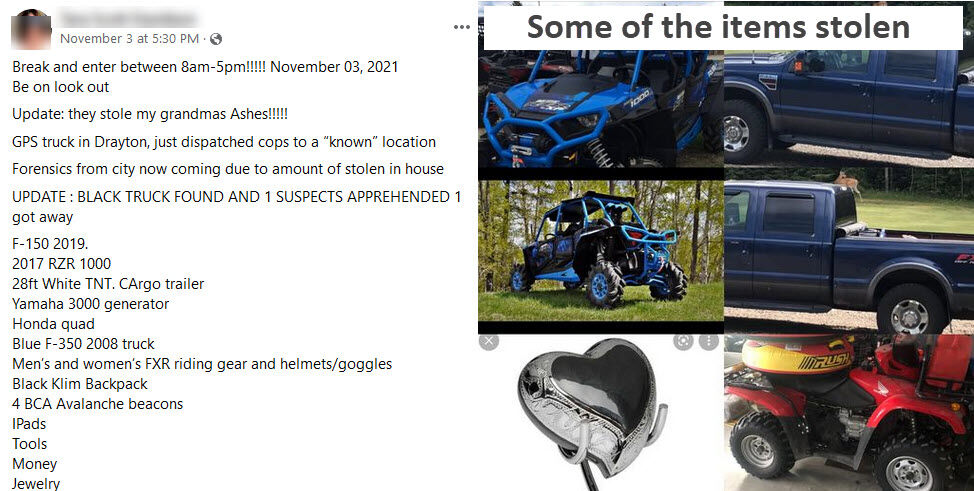 Could the security at the properties these criminals hit been so poor, so many times? Absolutely.

This is the state of most rural property owner's home security.
• Over 75% of 550 homeowners surveyed have home security that virtually assures the criminal will get away with whatever they attempt.
• Less than 1 in 1,000 crimes have clear video of the criminal and what was stolen.
• 80% of the thefts are reported over 1 hour late.

When a few criminals get away with crimes like this, it empowers their associates to think that if those people got away with it, I can too.  Crimes become more frequent, and they often become more violent.  Each criminal wanting to earn a bigger and badder reputation than the next one.

When investigations drag on for months it sends criminals a message 'You have no need to worry about the cops, they can't stop you.'

When the courts throw out the good work policing does, it only reinforces the message 'You can't stop me.'  Drugs and addictions fuel the feedback loop even more, making it hard for youth and young lives to escape the pull of being 'somebody' in their peers eyes.

Be Merciful, Stop The Cycle

As property owners, your home security can be used to stop crimes before they even happen.  You can leverage technology to help stop the cycle.

After examining thousands of property crimes I created a free quiz to help homeowners close the security gaps criminals were using all the time. Go to score.lightcatch.net to see if there are security gaps at your home that criminals love to use.

The free report that comes after the quiz, shows how to set up the best home security system, using almost any vendors products.

Previous Catalytic Converter Thieves Clean Out Calgarians of 1,000 Convertors worth a Cool $1Million
Next Red Deer, Why do you have DOUBLE the crime of other Albertan cities?