Can you believe the Shermans did that? 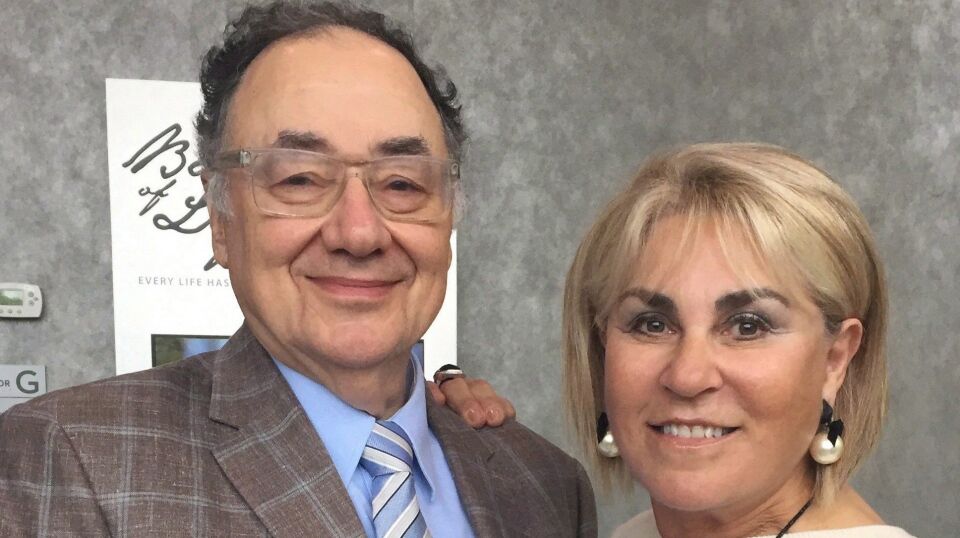 Barry and Honey Sherman were some of the richest people in the world, not just Canada. As an Engineer who had graduated from prestigious MIT he had the brains and the drive to grow their fortune to over $3 Billion. They had given hundreds of millions to charitable causes.

On a tragic day in 2017 they lost their lives, in their own home, at 75 and 70 years old. There is no doubt it was a cold blooded, calculated murder. Despite a $1million dollar reward, private investigators being hired, and national press coverage, the murder remains unsolved. Police Chief Mark Saunders told news media that a forensic pathologist, over 50 officers, 200 witnesses interviews and over 2,000 hours of video surveillance from neighbouring homes had been involved in trying to solve this case.

Fortunately, there are very few high profile murders like this in our country. Most of us live without risk of our lives, in our own homes.

Friends said this about the Shermans after news of the passing became known. "The house had nine entrances and both Barry and Honey would have been likely to let someone in who asked for help, no matter the time of day, even if they barely knew the person or they were a complete stranger."  Perhaps the murderer took advantage of their good nature.

Yet there was another side to the Shermans. The company he controlled had filed over 1,200 lawsuits against the Canadian Federal government alone, to get their companies drugs to market.

Lawsuits against competitors were just as frequent and were a way of doing business. Many people who did not have the deep pockets to hire teams of lawyers to fight back, deeply disliked Barry Sherman.   Barry had so many corporate enemies, that 16 years before their murder he said this to a book writer covering their rise to power and wealth.

"The branded drug companies hate us. They have private investigators on us all the time. The thought once came to my mind: why didn't they just hire someone to knock me off?"

How could a man so brilliant, with so much to lose,  who had so many enemies, not have a security system in their mansion?

You see, there was not one picture of the suspect who strangled them in their own home. The police, 4 years later, are now asking for help to identify this guy below who was seen on the street in a dark jacket from a neighbours security camera. 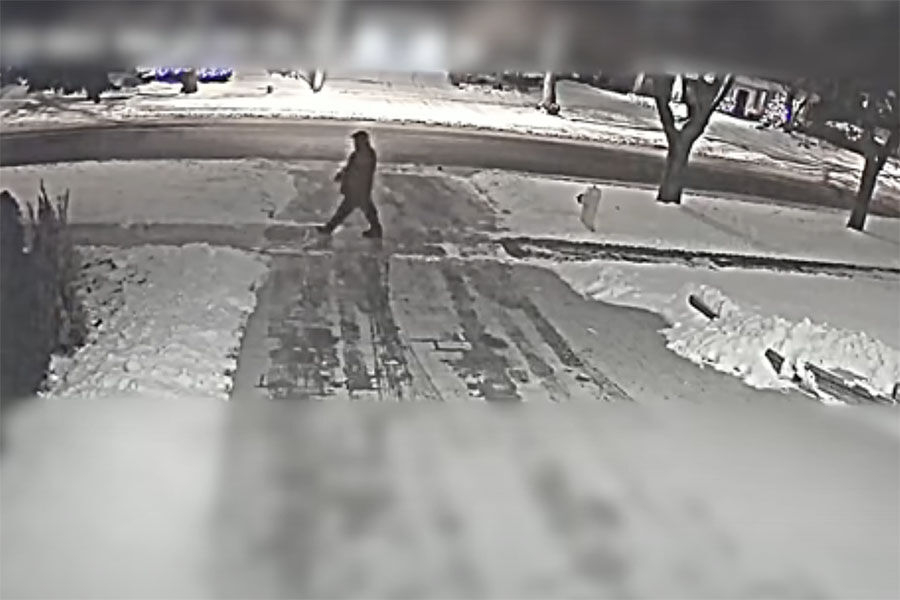 'I'll just use my Neighbours camera'

I've heard so many say something like 'If a crime happens to me I’ll just get the footage from my neighbours’.  Nice idea in theory, but it doesn’t work, and here's why.  First, our data shows this kind of footage is completely useless over 99% of the time just like this grainy black and white image is.

The even bigger problem with ‘borrowing’ footage from your neighbours is that this approach requires days for the you to get it to the police, there will be more days for the police to investigate, days more for the officer responsible to come back on shift, and then more days to collect the evidence and press charges.

These delays create all sorts of opportunities to find loopholes.  These loopholes leave reasonable in the eyes of the courts that the suspect charged is the one who truly did the crime.  A suspect can simply say 'I don't know how those stolen items ended up in my living room.  I think my uncle dropped them off' and it is enough to destroy hours of police work, and even evidence from a neighbour's camera.  This may sound like a weak alibi, but we've seen this very statement and others like it, lead to all charges being dropped several times.

In fact, there are so many loopholes,  if an arrest happens days after the fact for a property crime do you know what a defense attorney probably does when a client shows up in this position? The lawyer probably smiles, knowing their client will be happy, and that this is an easy case because the slow investigation renders the police work almost useless.

If this ever makes it court, there is almost zero change the charges will stick. The threshold to prove a person charged is the one responsible for a property crime is so high. Renowned Mafia expert Antonio Nicaso told the CBC in 2020 “Canada has the lowest rate of detention and conviction than in any other country in the world....”   The reason for him saying this was because our court systems allows the bargaining down of sentences and dropped charges to occur to save the courts the cost of long trials.  So if a property crime takes days to collect evidence and make an arrest, you will probably fall into this bucket of requiring a long trial and will simply end up with all charges being dropped just before the court time or just at the hearing.

A criminal getting justice from an arrest weeks after a property crime  occurs almost never happens.

People relying on their neighbours cameras will learn these facts the hard way if a criminal strikes their home.  I learned these facts after studying thousands of property crimes that were put on social media groups I administered.  I seen these facts confirmed once again, after recording the results of thousands more crimes on the free Lightcatch app.

The strategy of having no security camera system leading to a slow arrest will almost always result in suffering losses, having to replace costs of the crime out of the victims pocket, or having to pay an insurance deductible.  I also learned how victims can end up with bitter feelings.  After being a victim, then losing more time running around for the police and insurance companies and then waiting months for the court date to come it can be so deflating to watch the charges dropped just at the day of trial.   After all that work, right when you hope to see justice in the court of law is often the time all of that time and effort just slips away.

Not even the top 150 criminals can be stopped easily

RCMP in Alberta once estimated 40% of their entire provincial policing budget was being spent on the just the worst 150 criminals in the province. Why can’t they just catch them, arrest them and stop this nonsense?

The reason RCMP can't do this alone is because when evidence against these 150 all moves so slowly the courts are not able to apply the right penalties.   Too few homeowners and property owners understand that good evidence forwarded to the public immediately has a tremendous power to stop this cycle.

By moving this slow before an arrest and then dropping most of the charges at the time of trial the system then sends a very clear message to those who are hardened criminals like the top 150. The message these criminals gets is something like, 'Go ahead, do this 10, 20, 50 or more times. None of these people can stop you.'

Too many homeowners are in the Sherman's shoes

Barry Sherman was like too many other Canadians who feel they just don't have much worry about when it comes to their own personal safety. We may not have much to worry about, but sometimes we have a lot to lose.

I'm often shocked at how so many have a complete sense of complacency, like the Sherman's did. Apparently, this is a long standing issue.  In one post I saw online there was a comment from a retired 20 year veteran of the security system industry. He said something like this  "I was always shocked at how little care businesses and people took about their security."

The idea that if you haven't had any problems lately, so therefore your security must be working is also not a good one.  Perhaps the Shermans thought this same thing.  The problem with this line of thinking is that you aren't thinking like a criminal.  A criminal is looking for weakness and for opportunity, Just because a home hasn't had problems lately doesn't mean there isn't weakness there.  It just means it hasn't been noticed yet.

A good example of weakness, leading to a false sense of security are the many rural homeowners who feel their property is safe.  Yet, we've found about 50% of these same rural homeowners security camera systems are in state of failure.

I want to be sensitive to the Shermans and people who loved them, but allow me to say this. If the Shermans had the Crime Blocker program this murder would likely not have happened.  Even if they did lose their lives, Crime Blocker would certainly have led to this case being solved almost immediately.

Crime Blocker would ensure there was the right security alarm system at the Sherman home no matter what kind of  security camera system the Sherman's bought.  The services in the program would also have provided to the police several good images of the suspect, alarms, and more.  Even if the criminal tried destroying the camera system all of the security systems would have still worked together.  It could have been enough to save an old couple's lives.   It certainly would have been enough to bring justice to the family.

It's sad, but just like so many other Canadians, the Sherman family had to learn the hard way what can be lost when they don’t manage their home security and safety well.

You may never have enemies like Barry Sherman did. But you might have enough to lose that it makes getting your home security done right.

Crime Blocker doesn’t replace what security you have.  Instead, this service works with your existing security systems  and ensures that the frequent holes and gaps that criminals use to get away with crime are removed. Consider Crime Blocker today and sleep well at night afterwards.

All the Shermans have at this point is this.