The Most Dangerous Cities in Alberta During June 2022

Here are the six Cities with the highest crime rates in Alberta right now. 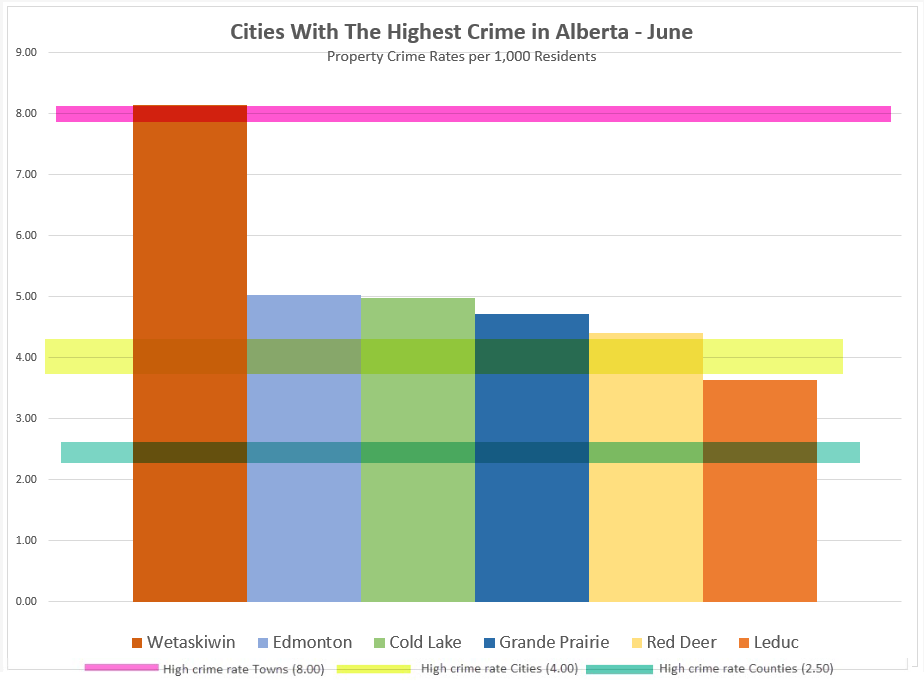 Places With The Highest Crime 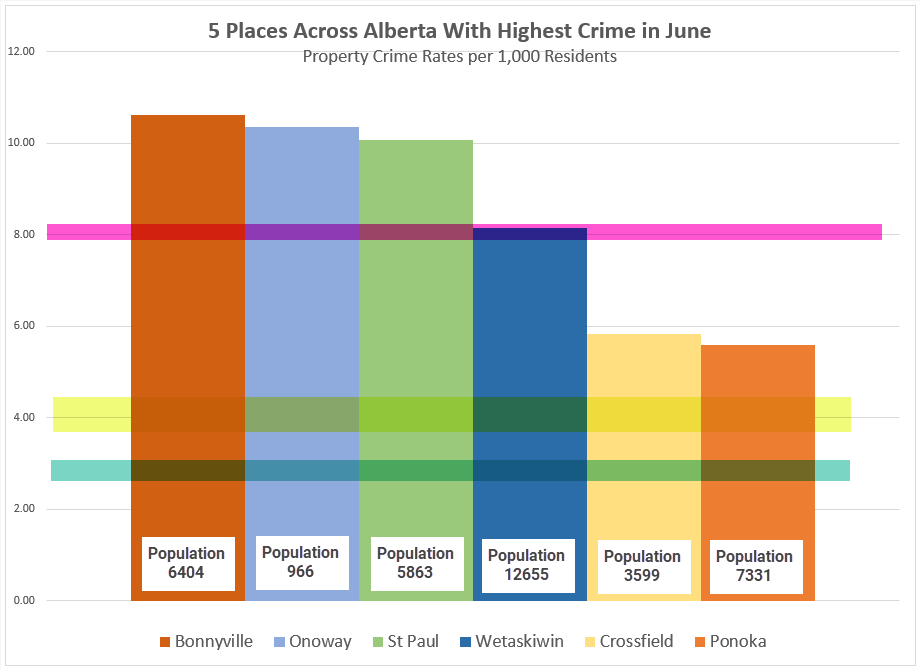 What is the Trend?

For most of Albertans the increase in property crime during the summer has arrived. The Trend for every major City that reports crime data, is either up or about the same from May. Edmonton and Grande Prairie dealt with some of the biggest increases in the local crime rate in June. Calgary may be dealing with a similar increase in crime, but the most recently available data is from April. 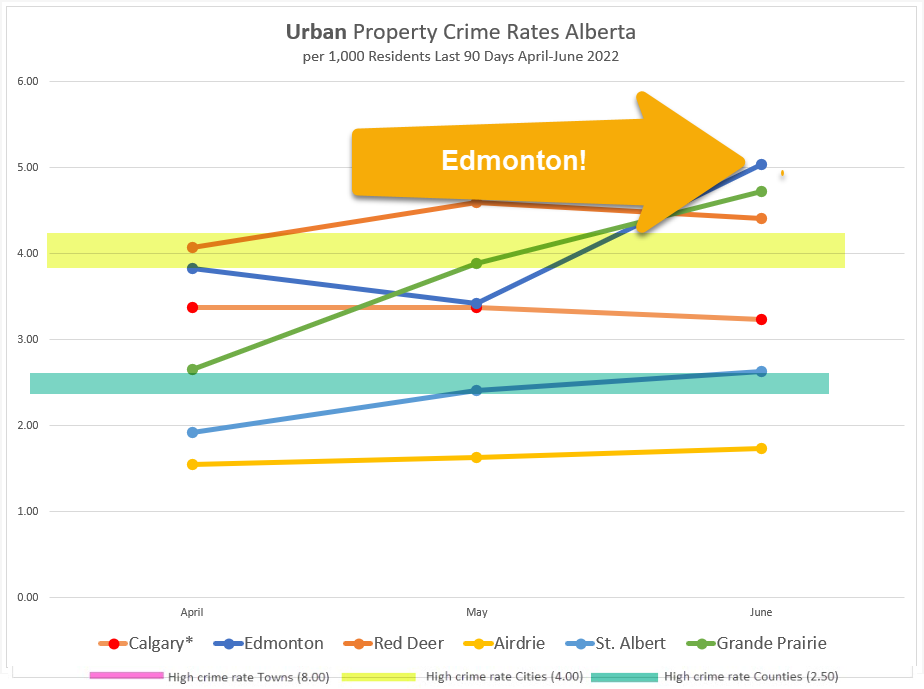 Data about the crime rates in the regions of Alberta as well as more cities, towns, and rural locations will be released soon.

Last month someone wrote and asked about Slave Lake.  This month we were able to include it's standing in our research.

How To Increase Property Safety Levels 10 Times Or More

To see how to break free from isolated security that leaves people vulnerable.  Here are links with more information.  A 10 times increase in property safety is possible by using a matrix of systems.

Anonymously support the safety of your community.  Use the world's first app that lets everyone nearby see where to help.  Lightcatch Download - Free

What if the right camera made you 5 times safer?  -  Security Camera Guide

Explanations About the Data

There are over 300 Municipalities in Alberta counting Villages and Reserves. We currently track about 150 Municipalities spread out across the seven common regions of the province.

The Calgary Police Service data is available via pdf. Below is an example of how the crime rate for Calgary is recorded. We remove counts of Fraud and add in counts of Robbery at a Commercial Location. In Calgary’s case the total count for April was 4,380. There were 397 cases of Fraud and 28 cases of Robbery at a Commercial location. The final number was 4011 or 4380-397+28=4011. 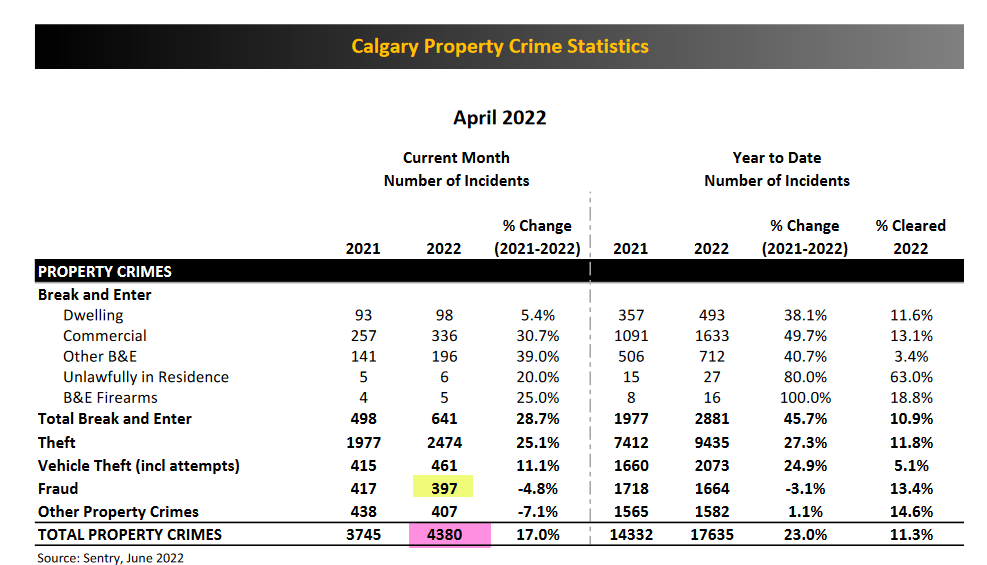 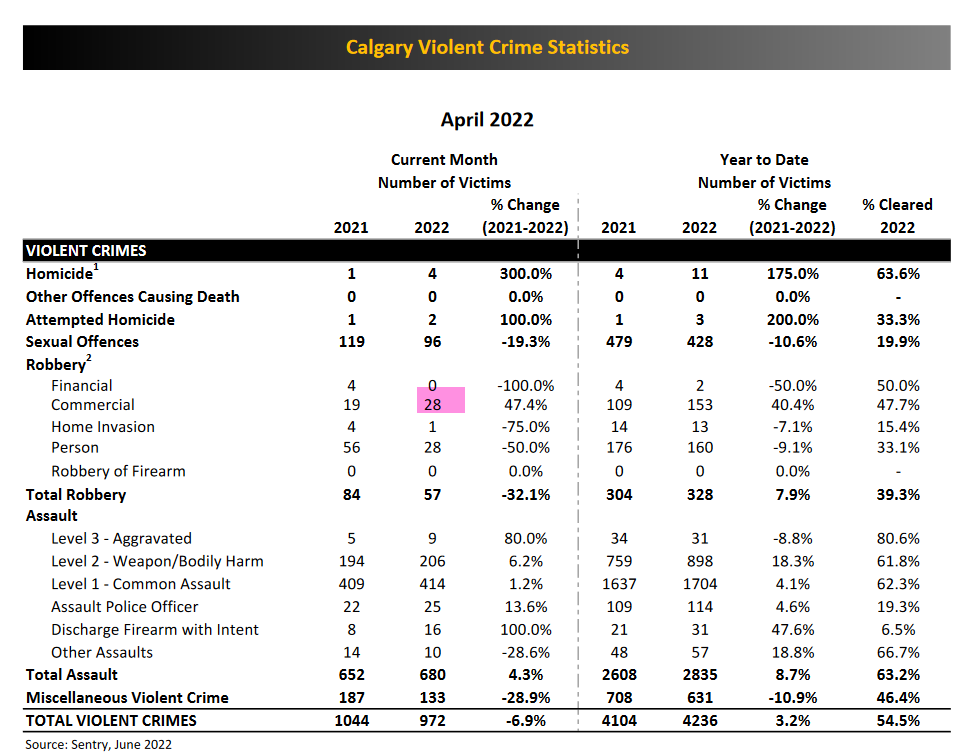 Previous Ethical Ways To Make A Judge Squirm
Next Which Regions and Places of Alberta Had The Highest Crime in June?